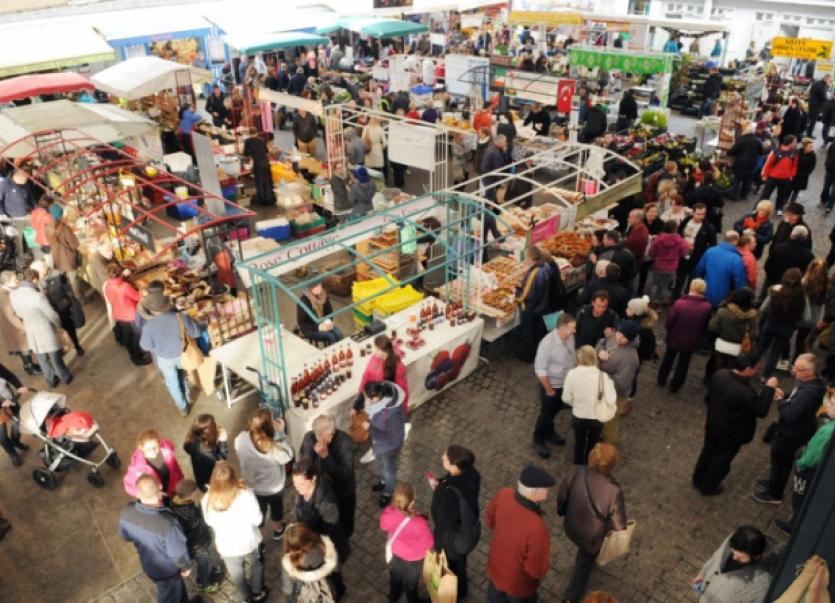 THE Milk Market will never be able to expand into a full-time working market unless there is co-operation from the local authority and will be “doomed” if revenues from the Potato Market are withdrawn from it, the market’s manager has warned.

THE Milk Market will never be able to expand into a full-time working market unless there is co-operation from the local authority and will be “doomed” if revenues from the Potato Market are withdrawn from it, the market’s manager has warned.

Furthermore, he said, Minister for Finance Michael Noonan has spoken on several occasions about turning the Potato Market into a public plaza as part of Limerick 2030.

The Potato Market, which is used as a car park, comes under the revenue of the market trustees and supplements the income of the Milk Market, including its €2 million redevelopment four years ago. “This would effectively strangle our revenues for the sake of creating an empty space, which it is already. No one has actually sat down with us and discussed this. But would we survive?

“If they take that car park, one third of our income has disappeared. It’s not as if we make a few hundred thousand euro a year profit that can take a hit like that.”

In particular, Mr O’Brien said, he has concerns about the increase in the number of traders outside the market walls, who pay the council some €570 a year for having a stall.

“In recent times the streets of the city have been choked with traders, and tourists have come down to Cruises Street, believing that this is the Milk Market and have left disappointed.

“Until the city engages with the trustees to improve the market outside [our walls] I don’t see the relevance in creating extra market days for others to cannibalise. Nobody is doing anything wrong, but we need to be more focused on what we could do together,” he said.

“We’re the best market in the country on a Saturday – hidden behind a wall of these other street traders. Unless they [the council] stop and start acting pro-actively with us I don’t think the opportunity for growth is there.

“There are 44 traders in the English Market in Cork, which everybody thinks is exceptional – we have 80 traders within our walls.”

Mr O’Brien said he believes “there’s room for everyone in the market, but to get here is an unsightly mess”.

A council spokesperson confirmed to the Leader that there are up to 60 stallholders outside the market at the time - near the Watergate flats, on Robert Street, Cornmarket Row, Carr Street, and Cruises Street. The council accrues €570 per annum from each of these stallholders, with the fees diverted to pay for maintenance costs, such as street cleaning.

Mr O’Brien continued: “The Milk Market is trapped in a quadrangle – we can’t grow any more. We need the council to row in with us, but what’s outside the walls is in disarray and needs more organisation. For one, you need more space for people to walk through.

“During my five years here we’ve tried to have talks with the successive leaders, but to date we have not had the kind of co-operation we would have liked to get. We hope things might be different with the current administration,” he said.

In recent weeks there have been two notable absences from the Milk Market – the popular Sallymills bakery and Adare Farm.

However, Mr O’Brien explained that these two outlets, along with the majority of full-time businesses in the outer ring, took leases from private landlords, and do not come under the control of the trustees.

“We have nothing to do with the shops along the perimeter, with the exception of two,” he explained.

David McCaffrey of the Sallymills explained that the closure of his outlet was due to personal reasons, but he agreed with Mr O’Brien’s views.

“In the four years since the market’s redevelopment, it has procrastinated. It’s not failing, it’s just that it’s not succeeding. David is a great manager but he inherited a bad situation. It could become a week-long market to rival any market in the country, if it receives the extra help it needs. A few little tweaks and it could fly,” he told the Limerick Leader.

Well-known Limerick fishmonger Paul Cusack will open his second outlet in the famous marketplace this Saturday.

In addition to selling fish in his normal unit, he will also be opening the Rene Cusack Fish Bar, which, he says, is not to be confused with the average fish and chip shop.