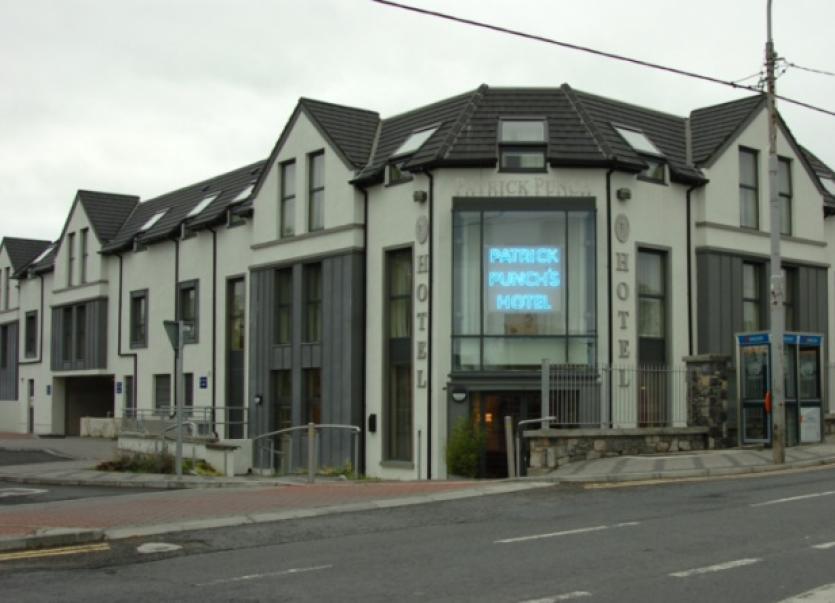 THE hotel-buying bonanza in Limerick shows little sign of slowing, with Punch’s Hotel in the city purchased for a fee “slightly in excess of €1m”.

THE hotel-buying bonanza in Limerick shows little sign of slowing, with Punch’s Hotel in the city purchased for a fee “slightly in excess of €1m”.

The hotel, which went on the market at a price of €1.5m and closed in April 2013, has been bought by local hotelier Paddy Hoare, who owns the Kilmurry Lodge Hotel.

Auctioneer Gordon Kearney of Rooney’s, who was handling the sale – which was only completed in recent days –confirmed news of the deal.

“The sale has been agreed and has now closed, just the other day,” he said. “We have concluded the sale of Punch’s Hotel to the Hoare family,” he added.

Punch’s was on sale for just over a year, with the deal concluding earlier this summer. However, it took several more months for contracts to be exchanged.

Originally owned by the Dunne Hotel Group, the business was placed into examinership in 2008. Between then, and early 2011, it was run by Price Waterhouse Coopers on behalf of Bank of Scotland.

The asset was sold by KPMG however, on behalf of a lending institution.

While there has been some slight weather damage to the hotel while it has been closed, the new owner will refurbish it and expects to have it open again in the very near future.

It is understood that Mr Hoare, a successful builder who owns a number of properties around Limerick, will run Punch’s on a similar basis to the Kilmurry Lodge, which operates successfully in Castletroy.

News of the sale comes soon after the Strand Hotel in Limerick was bought for a fee in the region of €25m by US billionaire John Malone.

The Malone group is working with the Lalco Hotel Group that already operates the Strand, so there was little disruption to operation at the hotel.

That sale followed soon after confirmation that JP McManus has purchased Adare Manor for a fee believed to be in the region of €30m, while the Savoy Hotel was recently included as part of the sale of the block known as the City Central Residences for some €18.5m.

A deal is shortly expected for the George Hotel on O’Connell Street.