Bid made to push through JFK bridge plan in Limerick 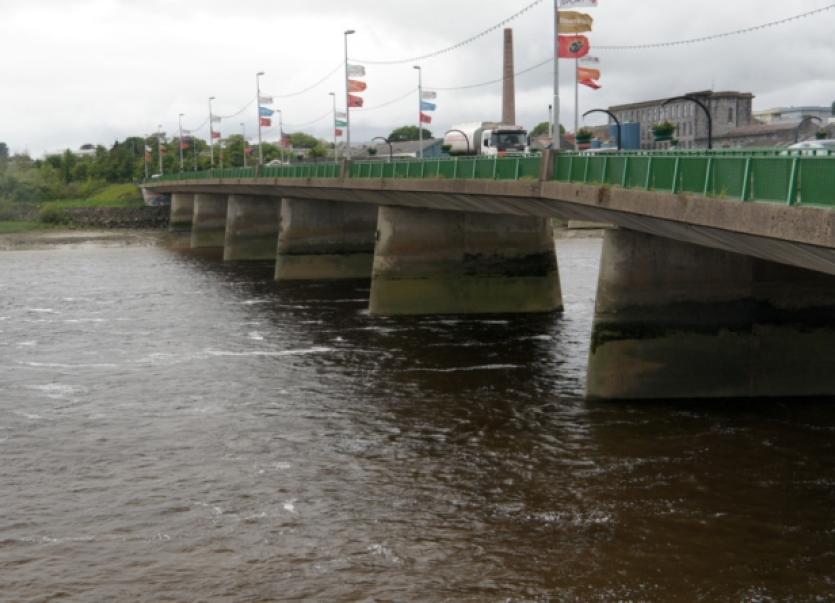 AN ATTEMPT has been made to push through controversial plans to rename the Shannon Bridge in honour of John F Kennedy – despite outright opposition from the public.

AN ATTEMPT has been made to push through controversial plans to rename the Shannon Bridge in honour of John F Kennedy – despite outright opposition from the public.

After a major campaign against the proposals, Limerick City Council’s party leaders group agreed to defer the plans until after the election.

But this week, at a behind-closed-doors meeting, Cllr John Gilligan complained that the leaders’ group has no legal right to withdraw plans which were voted on by members.

He tried to push the decision through at the Corporate Policy Group (CPG) meeting, which is effectively the decision-making arm of the council.

Fine Gael leader Diarmuid Scully, who is a member of this group, and has long been opposed to the decision to rename the bridge after the former US president, was unable to attend the meeting due to the funeral of his uncle.

He had agreed to withdraw a motion he had planned to submit to this Monday’s City Council meeting calling for a referendum on the naming to be carried out among Limerick people after it was agreed to initially hold off on the plan.

But at the CPG meeting this Tuesday, Cllr Gilligan –who leads the Independent bloc on City Council – argued that with the leaders group only able to offer a recommendation, the contentious name change should stand.

Upon hearing this from his Fine Gael colleague Michael Hourigan, Cllr Scully rushed from the graveside of his uncle to City Hall to demand that his motion be reinstated in order to prevent an immediate name change.

This will now be heard at this Monday’s full council meeting - and people could be asked to decide on the name change at the same time as they are voting in the local and European elections this May.

Now, a war of words has broken out between the pair, with Cllr Scully saying he is “flabbergasted” at the bid to push the change through, and Cllr Gilligan accusing his rival of “throwing his toys out of the pram”.

Cllr Scully claimed that Cllr Gilligan had agreed with the other party leaders last week to hold off on the bridge’s name change – but this was flatly denied.

But Cllr Gilligan said: “That is simply not true – he is flogging this to death.”

Fellow Independent councillor Pat Kennedy has spearheaded the plan to have the bridge renamed after his namesake. “I thought Pat Kennedy put forward a number of very telling reasons why this should happen. So I went along with it and voted for it. I don’t have a problem saying this,” Cllr Gilligan said. He said Cllr Scully is acting in a “disingenuous and undemocratic” manner.

“Quite frankly, I think he is trying to bully people into doing this [reversing the decision]. Cllr Scully took part all along the way until he lost the [first] vote last month. Then both himself and Cllr Long behaved like children, threw their toys out of the pram and immediately went bawling to the media,” he said.

Cllr Scully is hoping for a big turnout at Monday’s meeting of people opposed to the bridge renaming.