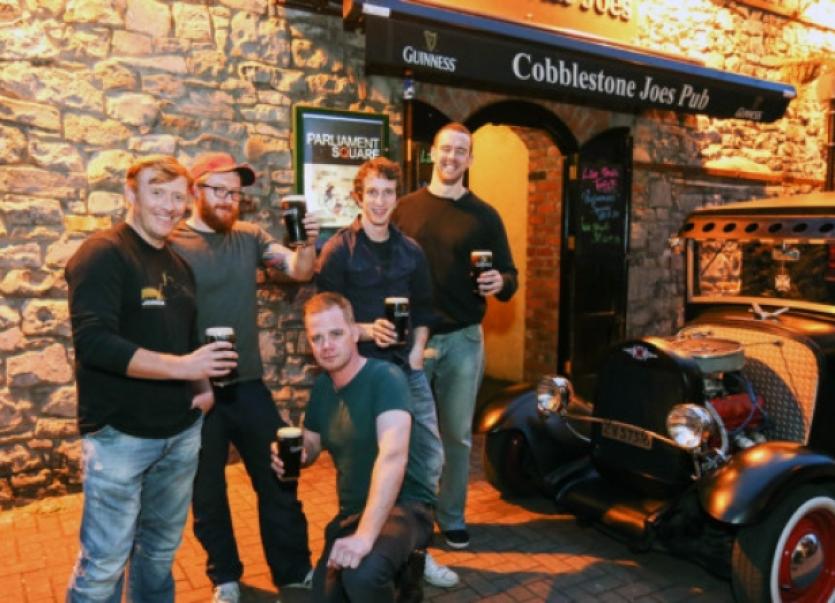 A CITY centre businessman says he will donate €5,000 to the local authority if it introduces parking meters in the urban area.

A CITY centre businessman says he will donate €5,000 to the local authority if it introduces parking meters in the urban area.

David Ryan, who co-owns Cobblestone Joe’s bar in Little Ellen Street, and Rio’s take-away at Parnell Street, believes the introduction of small-change meters would be such an asset to the centre, he is willing to put his hand in his own pocket to fund part of the development.

This comes after Labour councillor Joe Leddin’s proposal the machines be introduced in the city was carried at last week’s transport meeting.

He said: “We think it’s a brilliant idea. Businesses should not just take, but they should give back. If a good idea comes up, it should be promoted by businesses.”

Mr Ryan believes parking meters - which are already commonplace in other Irish cities - have the potential to revitalise the city centre.

“Often, people will go into a shop, and buy a disc, and you will find there is a ticket on your car, even though there is supposed to be a grace period. It never works like this. With parking on the street you press a button,” he said, “20c for 15 minutes of parking would cause a quick turnover of traffic.”

After making his views public on Facebook, Mr Ryan has had a positive response.

But some people say there should be entirely free parking in Limerick. “In an ideal world, this is what we would all want. But this is not feasible,” he said.

Mr Ryan has also said he would agree to donate money to the government or the City Council should they agree to build a jail to house people who cause trouble in the city centre.

He says it could be built on the grounds of St Joseph’s Hospital, which is slated for closure in the short term.

“If the council or government decide to convert or build a jail on the grounds of St Joseph’s to house the people with 147 previous convictions who continue to plague our streets and gardai, we will give money towards that as well,” he confirmed.

Businessman Mr Ryan believes a facility could be put in place on the Mulgrave Street site at a relatively low cost, which he says would stop the overcrowding in Limerick prison.

He wants Limerick to follow the justice model adopted by New York mayor Rudy Giuliani in the 1990s, which saw the streets become safer places by locking up criminals in short order.

It comes after his own wife was pestered for change while enjoying a coffee in Thomas Street.

When she refused, Mr Ryan said the person became verbally aggressive towards her.