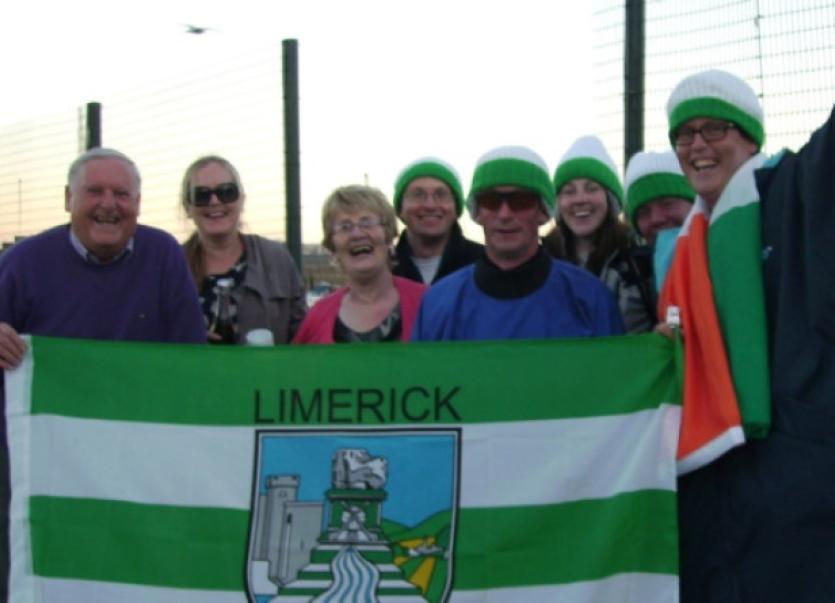 TWENTY two miles is the shortest route to swim the English Channel but for Tom Goulding, Newcastle West, the wind and waves conspired against him and, by the time he reached land-fall in France earlier this month, he had swum an unbelievable 34 miles.

TWENTY two miles is the shortest route to swim the English Channel but for Tom Goulding, Newcastle West, the wind and waves conspired against him and, by the time he reached land-fall in France earlier this month, he had swum an unbelievable 34 miles.

But, unlike many others, Tom achieved his long-held dream of swimming the Channel, one of the world’s Seven Big Swims, on his first attempt.

“There is only a one in seven success rate,” he told the Limerick Leader from London where he works as an IT project manager.

“It is all weather dependant,” continued the 32-year-old, who started swimming as a child in the now demolished public pool in Newcastle West. Indeed, weather almost scuppered his own swim, on Thursday July 3.

“The pilot rang me on Tuesday and said there was a short window and could I get down on Wednesday night. We knew the weather was turning.”

Tom got into the water at Samphire Hoe near Dover at 2.15am with the aim of swimming the shortest, 22 mile route to Cap Gris Nez in France.

But, thanks to the weather and more than 14 hours later, he fetched up on the beach at Sangette instead.

“I got swept up very far up the Channel,” he explained. “When I was swimming back down with the tide, the weather wouldn’t let me swim in.”

Two hours out from the French coast, the weather “really picked up”, he continued. And even the pilot, one of a small number licenced to accompany Channel swimmers, thought Tom would have to be taken out of the water and the swim abandoned.

About half-way through the swim, Tom, oddly and to his surprise, began to get sea-sick because the sea-swell was so rough. This left him unable to keep down the liquid carbohydrate drinks he needed to take in regularly to replenish his energy.

And the rough seas also led to him swallowing a lot of sea-water.

But, with his friends on the boat urging him on, reminding him he had swum the distance in training, Tom took the life-changing option.

“I just decided to put the head down and swim to the next feed.”

And then the next one, and the one after that until, finally, he made land. Alone and unaccompanied.

“Because of the sea, the boat couldn’t come in with me,” he recalled. “I had to sit down a minute on the beach and gather my thoughts. And then it really hit me, I had done it.”

But the real elation and sense of achievement came when, back in England, his parents, Michael and Kathleen, sister Elaine and other friends were there to greet him.

“They had the Limerick flag flying,” he recalled with evident satisfaction.

Two weeks on, Tom is still savouring his achievement. He can now number himself among those fellow swimming club members he used to admire from a distance.

But, he explained, he only decided to try the Channel swim last year.

“There are only 12 boats allowed to do the crossing and I was very lucky to get a pilot who had a slot free,” he explained.

He began training in September but really only began building up to the swim in January when he started swimming 50km a week. In May he started going down to Dover to train in the conditions he knew he would be facing.

“There is a fierce strong community around the Channel swim,” he continued, adding that he went to a couple of training camps as part of his preparation.

“Mentally, I knew it would be very tough,” he said. And indeed, he did discover what all the Channel swimmers have learnt, that it is 80% mental and 20% physical. In the end, it was his mental strength which brought him through, despite the seasickness, the jellyfish, the cold and the rough seas.

But what next for this committed swimmer? Another one of the seven great swims? The swim around Manhattan perhaps? Or around Jersey?

“At the moment, I am happy with the one,” he said. Happy indeed. And well satisfied.