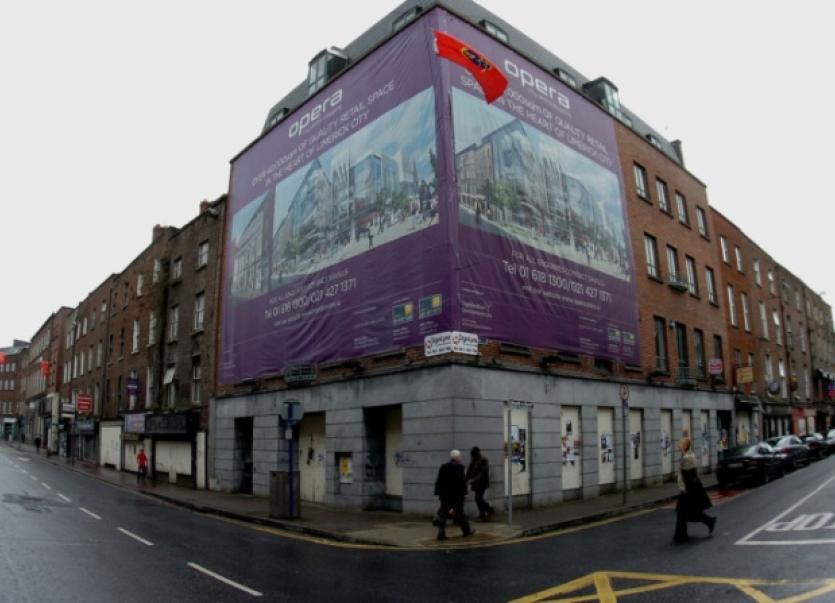 THE man behind the Horizon Mall/Parkway Valley project on the Dublin Road wants to redevelop the city’s Opera Centre site.

THE man behind the Horizon Mall/Parkway Valley project on the Dublin Road wants to redevelop the city’s Opera Centre site.

Despite selling his interest in the Patrick Street project more than five years ago, Suneil Sharma is seeking the contract to develop the site along the lines of those outlined in the ambitious Limerick 2030 urban renewal plan.

According to the plans - released last summer - this will see a €40m city centre educational campus, and a new tax office to replace Sarsfield House, which is earmarked for demolition.

Mr Sharma’s strategy comes as the council gears up to seek expressions of interest from contractors for the Patrick Street site.

The Belfast-based developer was in the city last week, where he briefed Mayor Michael Sheahan on his plans for the site, which he once promised would be “Limerick’s shopping mecca”.

In a brief statement, a spokesperson for Mr Sharma confirmed: “The developer has developed an initial proposal for the Opera Centre site. It would be his hope to brief councillors and the council officials on the proposal in the next three to four weeks.”

The Limerick Leader has established the Belfast based developer’s plans will be broadly along the lines of those in the economic plan.

Mr Sharma is also seeking permission from the council to build a reduced-scale shopping centre on the Dublin Road.

Mayor Sheahan said: “Any re-examination of the former Parkway Valley site would have to include a parallel proposal for the development of the Opera Centre site.”

It is understood it was outlined at the one-hour meeting between the mayor and Mr Sharma that if successful in gaining permission to execute his proposals on Patrick Street, both schemes would operate at the same time.

He would anticipate having builders on both sites by September of next year, it is understood.

The Horizon Mall development on the Dublin Road could see Limerick’s first Marks and Spencer store established, with Mr Sharma claiming the proposed redevelopment could deliver up to 2,000 jobs.