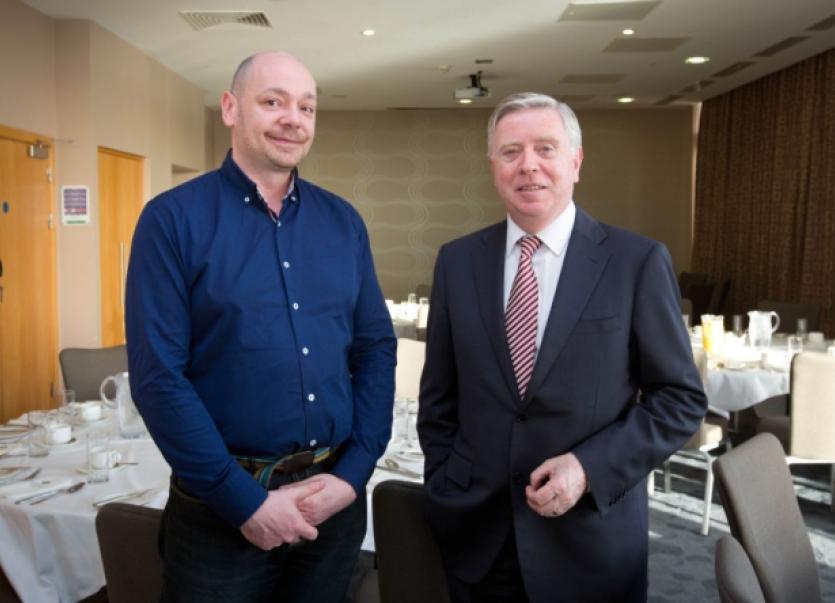 MINISTER for Finance Michael Noonan has thanked Ryanair for its “prompt and positive response to Budget 2014” in adding eight routes at Shannon.

MINISTER for Finance Michael Noonan has thanked Ryanair for its “prompt and positive response to Budget 2014” in adding eight routes at Shannon.

The new services will commence next April to coincide with changes in the air travel tax as outlined in the budget.

“The decision to reduce the air travel tax to €0 and the retention of the VAT rate for the tourism sector at 9%, coupled with the highest quality of service and scenery unique to Ireland, will ensure that Ireland remains an attractive and competitive destination for tourists. I am sure that 2014 will be a very good year for the tourism industry in Ireland,” Minister Noonan said.

Government TDs have been as swift as Ryanair in responding to what they described as the effective scrapping of the tax.

Minister of State Jan O’Sullivan said it was the latest government initiative that was helping turn around Shannon’s fortunes.

“The Government is determined to see Shannon Airport become a fulcrum of economic growth in the Mid-West. Granting Shannon independence from the DAA is a critical part of this strategy and today’s announcement by Ryanair is confirmation that, after years of neglect by previous administrations, Shannon now has the freedom to grow, create employment and contribute significantly to the economy of the region,” the minister said.

According to Deputy Patrick O’Donovan: “there is no doubt about the fact that initiatives like these in Shannon have come about as a result of Michael Noonan’s determination to help drive the local economy here in the Mid-West”.

Fine Gael colleague Kieran O’Donnell said it was crucial that “Ryanair expect that their decision will lead to the creation of 300 new jobs”.

“TI believe that Shannon Airport must function once more as an engine for growth in Limerick and the Mid-West. Ryanair’s announcement is a critical step in achieving that goal. We can now kick on from here and continue to grow business into and out of Shannon,” said Deputy O’Donnell.

“I note that Neil Pakey, CEO of Shannon, expects the airport to break even this year and is hopeful of making a profit in 2014. This is no mean feat for a newly-independent authority, and bodes very well for the future. Indeed, since the government established Shannon as an independent entity earlier this year, we have seen consistent growth in capacity and route numbers. September was the fourth consecutive month that saw passenger numbers increase through Shannon,” said Deputy O’Donnell.

Reaction from the world of business has also been universally positive with Matt Muller, chairman of the Irish Hotels Federation Shannon branch, saying the “routes from Berlin, Munich and Paris and additional UK capacity will provide a very welcome boost for tourism businesses, including hotels and guesthouses.”

Fergal Barry, president, Limerick Chamber, said: “Having lobbied for independence for Shannon airport and the abolition of air travel tax, Limerick Chamber is delighted with the announcement from Ryanair. Their introduction of eight new routes bringing potentially 300,000 passengers to the region will have a significant impact on the local and regional economy. The routes to Paris and Munich will be of particular interest to business travellers. The strong and speedy focus on passenger growth by our independent airport is encouraging.”

And Pat Cox, chairman of Limerick City of Culture 2014, said the announcement “could not be better timed” from his perspective.

“Having an airport on our doorstep with not alone excellent existing services but such an impressive array of new services for next year, and in key markets, is a huge boost for us. Three of the eight destinations - Berlin, Paris and Krakow - are former European Cities of Culture and across the entire Shannon network there are opportunities for inbound tourism that we intend to exploit,” said Mr Cox.

“We congratulate Shannon Airport and Ryanair for delivering this very significant opportunity which will benefit Limerick enormously and indeed the wider region.”