‘Forget JFK, what about JP or Flan?’, say Limerick public 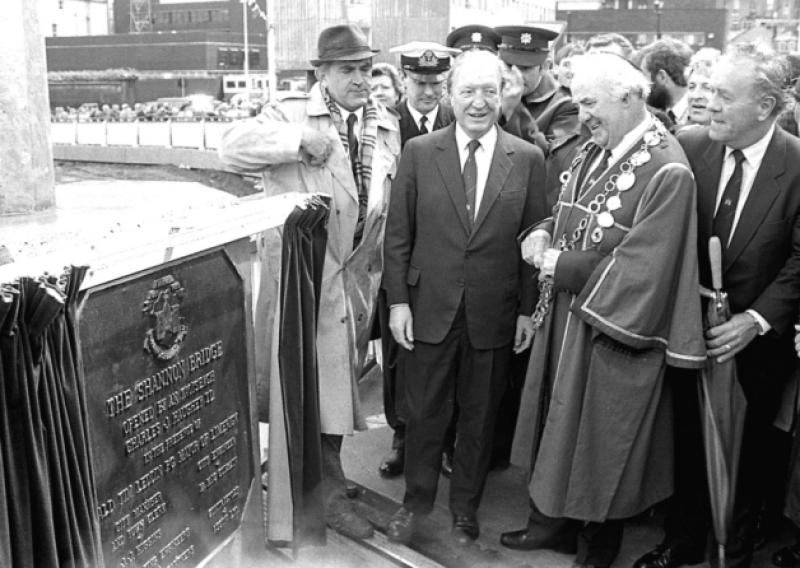 OVERTURNING the controversial renaming of Limerick’s Shannon Bridge looks set to go ahead if another of the city’s public representatives backs a motion to overturn the decision to rename it after John F Kennedy.

OVERTURNING the controversial renaming of Limerick’s Shannon Bridge looks set to go ahead if another of the city’s public representatives backs a motion to overturn the decision to rename it after John F Kennedy.

Eight city councillors have now signed their names for a motion calling for a special meeting to be convened to discuss the renaming “owing to the immense public disquiet”, after Cllr Pat Kennedy’s motion to honour the late US President succeeded last week on a narrow 7-6 vote.

Cllr Scully explained: “If nine councillors vote to overturn (the decision), then it’s overturned. So far we have eight, but I’m confident that we’ll get the nine. Five councillors were needed to call the special meeting so seven signatures was actually more than was needed.”

He said a public meeting of the city council will be needed to debate this issue, and another vote required to overturn the decision.

He added that a majority of the 17 councillors can overturn the decision, if all opposed to the name are present.

Cllr Hourigan said he feels the renaming the bridge after JFK was “a bit daft”.

“There is great disquiet over this and we must listen to the voice on the ground, which is very strongly against,” he said.

At the time of going to print, nearly 3,000 people had ‘liked’ a public Facebook campaign to have the bridge renamed after county Limerick businessman and philanthropist JP McManus.

Over 500 people had also signed an accompanying petition.

Another, lower-key figure in the racing world has also received strong support from the public. Over 980 people have ‘liked’ a separate Facebook campaign to have the bridge named after Flan Costello, the owner of Costello’s Tavern on Dominic Street, and the well known racehorse trainer. Over 400 people have also signed that petition.

The Mayor of Limerick, Cllr Kathleen Leddin, said the decision to rename the bridge after US President John F Kennedy was done through the proper procedures, and pointed out that there was a public consultation process, with 107 submissions received, and said these “didn’t fall very heavily on either side”.