€13.4m for Limerick roads but councillors say it’s not enough 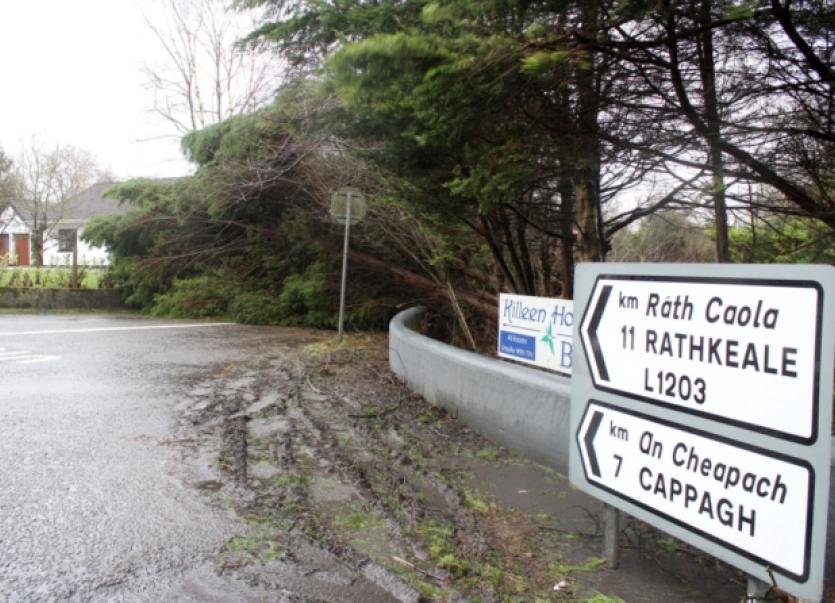 A total of €13.4 million will be allocated for road works in Limerick in 2014, down 9% on last year. A further €5.5m will be spent on national roads in the area, including €2m on improvements to the N69 Limerick to Foynes road.

A total of €13.4 million will be allocated for road works in Limerick in 2014, down 9% on last year. A further €5.5m will be spent on national roads in the area, including €2m on improvements to the N69 Limerick to Foynes road.

However, there have been calls for the funding to be increased to deal with the cost of repairing damage caused by flooding and storms since the start of the year.

The allocation of €2m which will go towards improvements in the N69 is aimed at providing better access to Foynes in light of plans to expand the port in the coming years. The road improvement was one of the key recommendations of the Shannon Foynes Port Company’s masterplan, published earlier this year.

In a discussion of the roads budget at this month’s council meeting, there were numerous calls for more funding for road repairs following severe flooding in recent weeks. There was a total of €1.495m allocated for surface dressing, €5.429m for road reconstruction/restoration and €2.232m for general maintenance.

Cllr Liam Galvin called for a plan to be drawn up to deal with flooding on roads throughout the county.

“Flood waters are coming out of the dykes, the drains and the fields and they are damaging the roads,” he commented.

He said there was a need for more staff to open drains and inlets on the roads that had become blocked with mud and other debris.

A delegation from the county council is due to meet the NRA on March 11 to discuss works to be carried out on primary routes in the area, including the Barnagh scheme near Abbeyfeale. €250,000 was allocated to complete phase 1 of this project but phase 2 has not yet gotten underway. Cllr Galvin asked that they seek a meeting on the same day with transport minister Leo Varadkar to seek additional funding to carry out repairs to roads damaged by the recent bad weather. In particular, he called for more funding to be made available for staff to carry out this work. “We need manpower, we need a plan and we need money,” he said.

Cllr Noel Gleeson said that councillors had been calling for more staff for years, pointing out that there were “plenty of places where a tip of a shovel would let the water off” the roads.

Meanwhile, Cllr Patrick C Fitzgerald pointed that there were only “four or five” roads staff in the Croom area office where there were 45 based there up to six or seven years ago.

Cllr Brigid Teefy raised concerns about the reduction in funding for maintenance and repair of local roads, which is down almost 25%.

“Without additional funding and manpower, we are not going anywhere,” she added.

Paul Crowe, the council’s director of transportation and water services, acknowledged that the funding for non-national roads needed to be increased. He pointed out that the “incessant bombarding” by wind and rain in recent weeks had made it difficult to repair potholes in some roads.

“We need more money, we certainly could take more staff, but he have to live in the real world,” he said, adding that the total funding for regional and local roads in Limerick had been reduced by almost €10.5m since 2008.

As part of the discussion, Cllr Leo Walsh suggested that some of the timber harvested from felled trees throughout the county could be donated to the people of St Mary’s Park and other areas which had been badly affected by the flooding.

This was supported by Cllr Jerome Scanlan who also suggested that the oak trees felled in Newcastle West would make “lovely park benches”.

Limerick manager Conn Murray said the council would consider this request. “I understand the sentiment behind it and will look positively on it,” he said.

He also praised council staff and the other agencies, including the HSE, the Gardai and the army, for their clean-up and repair work in the wake of the recent storms. In distributing funding for roads repairs, Mr Murray said the council had attempted to recognise the additional needs resulting from the bad weather. In relation to the flooding, he said: “there is a lot we have to learn and we are learning from what did happen”.

A sum of €240,000 was also allocated for the maintenance of roads in the city environs.