Glenn moves on from Limerick’s White House to study Freud 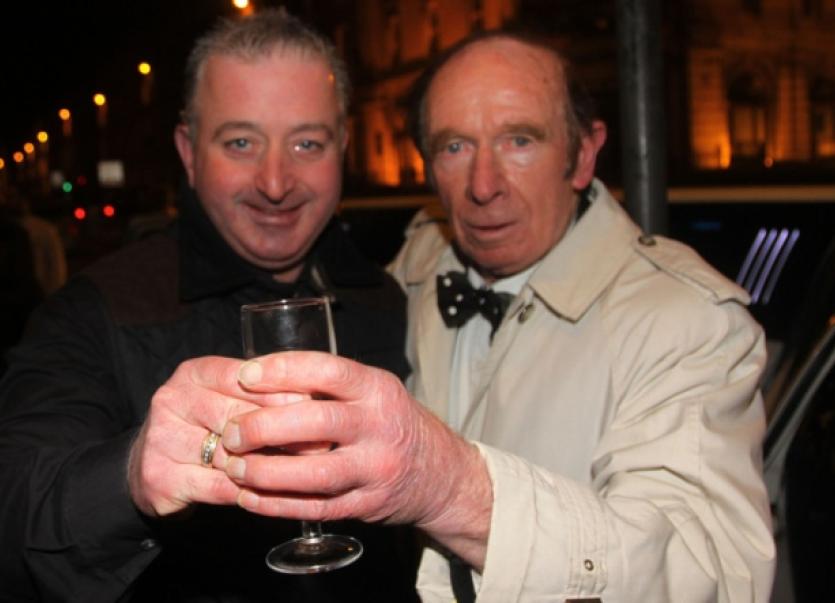 HAVE you heard the one about the bar manager who leaves to becomes a psychologist?

HAVE you heard the one about the bar manager who leaves to becomes a psychologist?

After holding court in the White House pub in Limerick for 14 years, its beloved bar manager Glenn McLoughlin, 43, is embarking on a complete career change.

This Friday, March 7, Glenn will pull his last pint, and utter his final witty retort from inside of the bar counter, as he prepares to embark on a course in psychology and sociology in the University of Limerick in the autumn.

Known for its eclectic clientele - from writers, artists, actors, poets, musicians and journalists - Glenn already has great insights into what makes the human mind tick and joked that he’ll be back to observe further ‘case studies’.

“I have mixed emotions about leaving. Running a bar is very much like a marriage, but I’m ready for a change and will be leaving with fantastic memories. There have been up and downs, of course, but 90% of the time it has been great,” the Clonlara native told the Limerick Leader.

He says he has always been interested in psychology, and “why people act the way they go”.

“I’m really excited about it. I’m single, I have no kids, and I am fortunate that I have the luxury to down tools and move on to something else. If I don’t like it, I can always go back to pulling pints,” he said.

In a ‘previous life’, Glenn worked as an accountant for a number of years, and found it “torture”.

Incidentally, his going away party was held in the White House, where years later he would take up residence as its flamboyant front of house, known for his lightning sharp tongue, irreverent humour and withering put-downs, which will most certainly be missed.

“This bar has been very lucky for me, and I know it’ll be very lucky for the next person who takes it over. There is a brilliant crew here, and great characters.”

Among the memorable moments in the pub was the mock wedding which was held a number of years ago, and the mock wake in honour of Arthur Guinness last year, with Glenn, poetry night MC Barney Sheehan and actor Myles Breen bringing traffic in the city to a standstill as the coffin was paraded through the city.

“If the walls could talk here, there would be some stories to tell. A lot of people have said they’ve met their future partners in the White House because you can enjoy the art of conversation without ‘boom boom shake the room’ all around you,” he added.

It has been featured in Time magazine, threatened to close over the smoking ban, and throughout its 200 year-history, many famous faces have downed a pint here, including Jack Charlton, Jim Kemmy, Frank McCourt and Richard Harris.

While he’s “dreading” sitting next to 18 year-old students in the lecture hall, he’s a firm believer that while you may be able to change certain aspects of your life, it’s largely mapped out for you.

From accountant to bar manager to psychologist, it’s a story set to go down in the White House hall of fame.