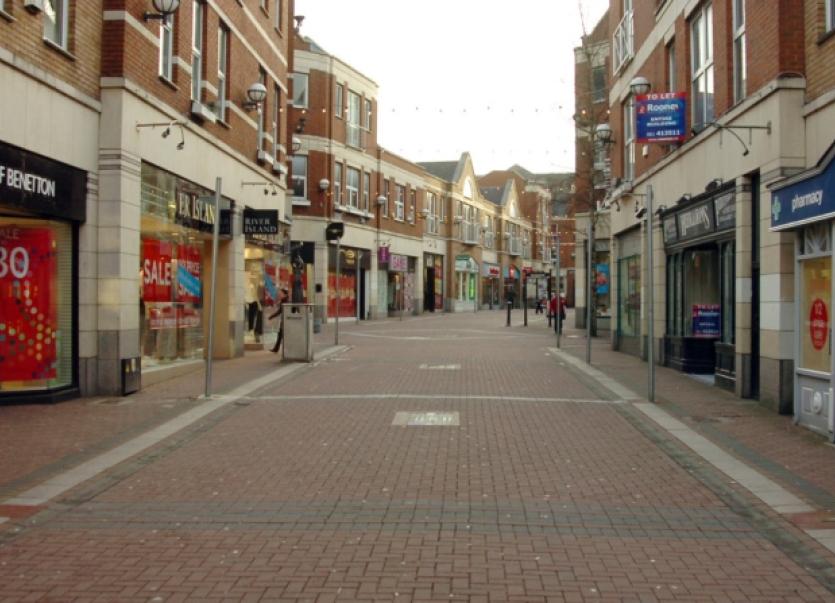 AN Irish-owned health and beauty retailer is being lined up to move into a vacant unit in Cruises Street, the Limerick Leader can reveal.

AN Irish-owned health and beauty retailer is being lined up to move into a vacant unit in Cruises Street, the Limerick Leader can reveal.

Rooney’s Auctioneers have confirmed a sale has been agreed at the former Heirlooms unit, which closed last year, to a “national brand” in the beauty sector.

The as-yet-unnamed chain bid against two other shops for the 124 square metre unit, which was on the market for €220,000.

Formerly home to Heirlooms gift shop, the unit has been unoccupied for almost two years.

Gordon Kearney, of Rooney’s Auctioneers said: “There were three people chasing that property for owner occupation, or established business. The underbidders are now actively chasing two other properties in town which is very positive for Limerick.”

This piece of good news for Cruises Street comes against the backdrop of the planned closure of Ladies clothing retailer Wallis.

The Arcadia-owned chain is to close by mid-September with the loss of 21 jobs.

Workers have entered negotiations with management in a bid to find alternative positions elsewhere.

Calls have been made to place a special focus on Cruises Street - opened in 1992 - after a slew of shops closed there in recent years, including HMV, Heirlooms, GAME, Dorothy Perkins and Evans.

Limerick Chamber chief executive Maria Kelly says the closures on Cruises Street are “a symptom of when it was developed”.

“At the time, there were a lot of small stores, and no space was big enough to attract the key anchor retailer. The space just is not big enough. As shops began to close, it stopped attracting footfall, and it ended up in a downward spiral,” she said.

The latest closure highlights the importance of acting on the Limerick 2030 Masterplan, which provides for a major overhaul of Cruises Street.

“We absolutely have to have a huge focus on the city. I know City Council has already started trying to redevelop it, so hopefully we will see a turnaround on that street,” she added.

Chairperson of the Limerick City Business Association Helen O’Donnell said Cruises Street is one of the key focuses of the pilot retail scheme, which will use ‘shopping centre practices’ to regenerate the urban area.

“We are very conscious of Cruises Street and the number of empty units which have been there. But we would hope to encourage people to bring different businesses in the city centre,” she explained.

The Arcadia group did not return calls and emails from the Limerick Leader related to the Wallis brand. But Karen Wall, of Mandate, said the firm had blamed upward only rent reviews.