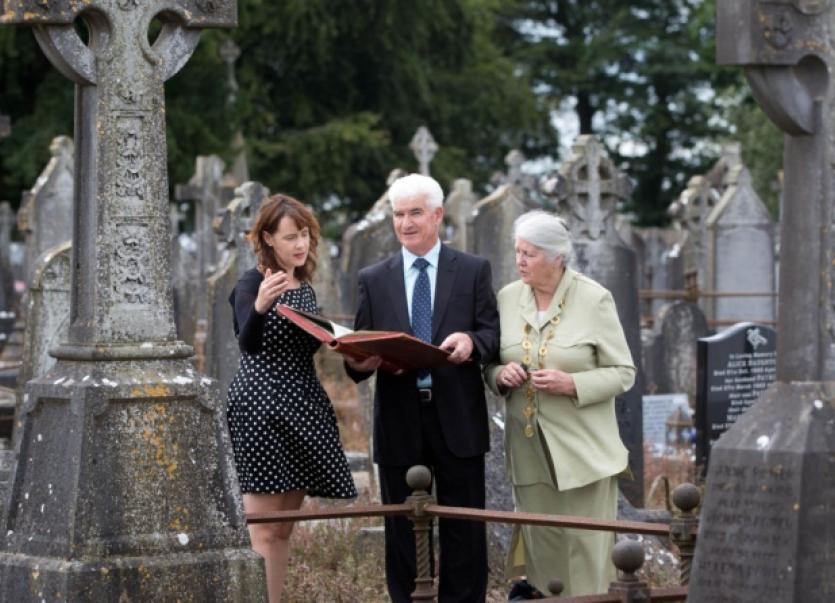 THOUSANDS of records of Limerick’s deceased are now available online, thanks to a major partnership between Mary Immaculate College and Limerick City Council.

THOUSANDS of records of Limerick’s deceased are now available online, thanks to a major partnership between Mary Immaculate College and Limerick City Council.

At a ceremony in No 1 Pery Square hotel this week, Mayor Kathleen Leddin launched an online, searchable database documenting the more than 70,000 people buried in Mount St Lawrence between 1850 and 2008.

For the past two years, staff at the City Archives and the history department of Mary Immaculate College have been transcribing thousands of handwritten records of those buried in the cemetery.

The records include the name, age, address and grave location of those laid to rest.

This means it is possible to find someone, even with a very small bit of information, such as a date of birth or death.

The largest database of burial records in Ireland, Mayor Leddin said there are a number of other schemes on the way, including a major conference on cemeteries to be held in Limerick next year.

Work is under way to develop an online map of all burial plots in the Mulgrave Street cemetery, while there will be an illustrated publication outlining the social history of Limerick City launched in April 2014, the mayor said.

“I think that until recently, we did not realise what a major heritage site this cemetery is, on a par with St Mary’s Cathedral, or King John’s Castle. Mount St Lawrence is a huge outdoor gallery of funerary art, including the Mortuary Chapel, the Manchester Martyrs Memorial and 7,800 grave markers.”

City archivist Jacqui Hayes confirmed that more than 300 students at Mary Immaculate College have worked on the database.

Prof Michael A Hayes, president of the college, said: “Our students got a great deal from the project: they became hands on historians, researching and analysing data, and they learned the value of the cemetery as a historical resource, and gained a real appreciation of Limerick as a city.”

Ms Hayes believes many people will be surprised by the sheer number of youngsters in the graves.

“There may be others buried in the graves, like children who died, but were never mentioned. There were a huge number of children who died. Once you made it to 13, people think you will survive into adulthood,” she said.

The database can be found at CityArchives.