Plans in place to transform Limerick city in 2014 - and beyond 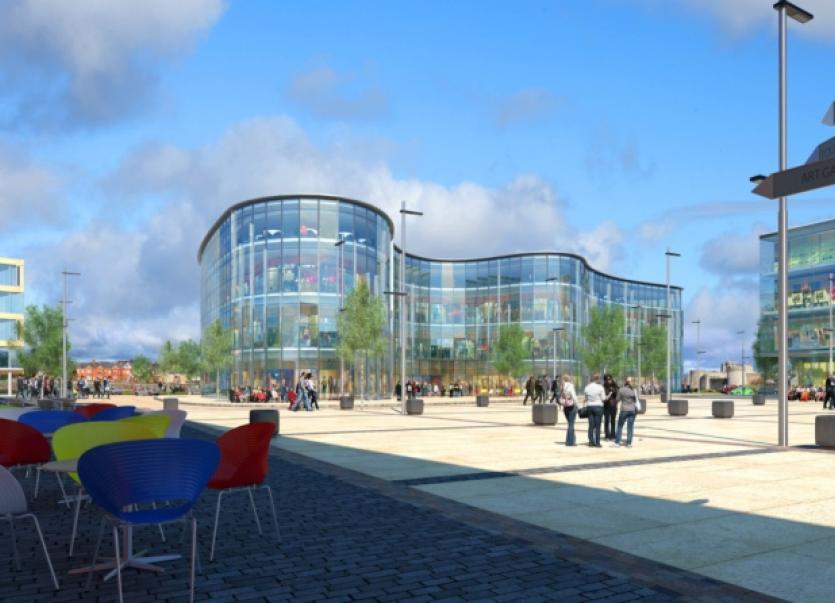 THE last 12 months has seen three major plans which could have far reaching impacts on the city and its surrounds.

THE last 12 months has seen three major plans which could have far reaching impacts on the city and its surrounds.

If multi-million euro plans come to fruition, thousands of jobs could be created at the University of Limerick, and in the city centre, as the local authority and business community avails of European supports.

Chief among the plans this year was the long-awaited Limerick 2030 programme.

The biggest urban renewal programme for the city centre in decades could deliver more than 5,000 jobs to the centre - and a further 7,000 across the region.

It provides for a major transformation of the streetscape in the centre, with the demolition of Sarsfield House to create a massive public realm - ‘The Front Garden of the city ‘ and the creation of a new city square included.

The former Dunnes Stores building, it is hoped, will become the home of an iconic tourist destination, while there will be a new public transport interchange at Colbert Station, and a plaza giving visitors to the city a more warm welcome.

Higher value jobs are being targeted at a planned medical park in the King’s Island, a new visitor and entertainment zone on the quayside, providing office and service-based employment, and a €30m urban science and technology park art the former Cleeve’s site.

In a bid to copper-fasten Limerick’s status as the top shopping festination in the region, there will be a major redevelopment of Arthur’s Quay Shopping Centre and Cruises Street.

An extended shopping precinct would be centred around Patrick Street, O’Connell Street, William Street and Cruises Street, while Georgian Limerick would also be redeveloped.

Some €250m is required for the ambitious proposals - but at the time of its launch, Finance Minister Michael Noonan insisted the plans “will not even reach the shelf”.

Since the report’s publication in June, a special purpose company has been set up to market Limerick, and is already targeting up to a million city visitors each year.

Work on the Opera Centre site has begun in earnest, with unused land to the rear of the site flattened and converted into a city car park. In February, it is anticipated staff from City and County Council will take up some office space in the building also, while LIT will set up a fashion incubator on site.

And a planning application is expected early in the new year for a new city centre plaza, riverside park and retail centre at Arthur’s  Quay.

The secretary general at the Department of Finance, Mungret native John Moran also sits on the board of the European Investment Bank.

His presence paves the way for Limerick to avail of a low-interest €250m loan, under a funding mechanism called JESSICA, aimed at revitalising urban  spaces.

Another element of the plan will see the city’s three third level institutions come together to form a city centre campus, bringing student life into the city.

This could see 500 students based full time in the heart of the city, with a 400 bedroom student apartment complex.

The University of Limerick has already rubber-stamped a €100m loan from the European Investment Bank for its own redevelopment plans, launched this month.

The €224m capital investment programme includes a new student centre in Castletroy, with a concert space, a cinema, and meeting rooms.

The Glucksman Library will also double in size under the plan, with a new science and engineering research building, ‘The Bernal Project’ also set to be built.

All told, some 700 construction jobs could be created in the build, with a further 300 permanent positions to follow once complete.

Chief executive of the Limerick Chamber Maria Kelly is hoping to see confirmation on the larger city centre projects in the Limerick 2030 plan.

She said: “I know these are very much dependant on securing investment but Limerick is an attractive proposition for potential investors and I would be confident that we will hear good news on that front in 2014. I would also hope to see a good marketing and branding strategy for the city along with an appropriate budget to  execute it.”