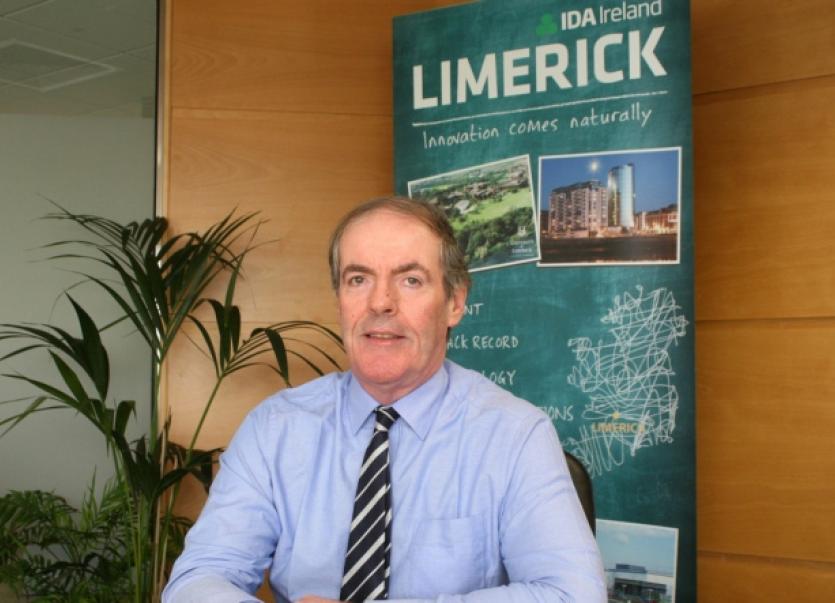 Unemployment remains high, but the IDA has placed a renewed focus on Limerick, and it is expected this will lead to more new job announcements in 2014.

While the anticipated 400 new jobs at Irish Water failed to flow after Limerick lost out to Cork in the bidding process in February, there have been numerous other boosts.

The biggest fillip for the county was this month’s IDA-backed announcement that American biopharmaceutical firm Regeneron is to set up its first European manufacturing facility at the former Dell factory in Raheen.

The Limerick 2030 plan, which envisages a total renewal of the city centre, could see up to 5,000 jobs in the coming years.

And there was further clarity brought to two of the city’s ongoing sagas: the Parkway Valley development, and the potential of Marks and Spencer coming to Limerick.

In July, the British retailer confirmed it would open a branch in Limerick on the Dublin Road, in a move which will bring 250 new jobs in 2016.

The developer behind the Parkway Valley - now renamed Horizon Mall - Suneil Sharma went further, saying up to 1,000 jobs could be created in construction, and related retail.

There have also been a number of other jobs announcements over the last year.

In January, Vistakon in Plassey announced a €100m investment as it announced plans to create 100 new jobs, by building two new production lines.

Meanwhile in February, broadband provider UPC invested €600,000 at its base at the LEDP in Roxboro.

The company is one of the biggest employers in the area, with 400 people on its books.

In mid-March, IT service provider Worldwide Tech Services announced plans to set up a European operations centre in the Riverpoint complex. Some 62 jobs were created.

Also in April one of Dell’s most senior figures in Ireland Liam Halpin confirmed that more jobs were on the way to the plant in Raheen. The Texas computer company employs more than 1,200 people at present.

In the same month, KBC announced plans to set up a retail bank in the heart of O’Connell Street, in a move which would create 25 jobs. The branch duly opened at the end of August.

In May, one of the world’s biggest companies, automotive firm General Motors were linked with the setting up of a logistics division in Limerick, in a move which would see 500 new jobs.

At the start of September, ON Semiconductor unveiled plans to create 50 jobs at a new 2,000 square metre building in Raheen, a move which sees the firm double its workforce, while an expansion by Roches Foods to its Dock Road facility saw 20 new jobs.

The various business structures in the region were tied together, and as we go into 2014, a new economic office is to be opened in the Opera Centre.

Run by the local authority, this will bring together the work of the City and County Enterprise Boards - which ironically marked its 20th anniversary in 2013 - Enterprise Ireland and Shannon Development.

In January, it was confirmed that hundreds of acres of industrial lane owned by the development agency are going to be transferred to the new joint local authority, which will provide a one-stop shop for small businesses hoping to set up shop in Limerick.

Talking of smaller business, a new co-operative grocery store has opened on the site of the former Esso garage in Mulgrave Street.

The Limerick Marketing Company was set up in July, and immediately set itself a target of attracting almost one million tourists to Limerick each year.

The Belltable Arts Centre shut its doors in early January, after the company running the operation went into liquidation, facing debts of almost €1m.

There was also sad news on the retail front in January when HMV closed its outlets in Cruises Street and the Crescent Shopping Centre, after the British firm plunged into receivership.

The closure left the city centre without a single record shop - and to add insult to injury, workers were forced to stage a sit in at the branches to secure their redundancy entitlements.

However, later in the year, turnaround specialists Hilco purchased HMV’s Irish operations, and in August, the store in the Crescent Shopping Centre reopened, employing the majority of the 30 staff who lost their jobs earlier in the year.

But not to be beaten, the two managers there Dermot Noonan and Paul Frawley set up their own formal wear store, Esquire in Roches Street two months later.

Some 85 jobs were placed under threat at B&Q on the Tipperary Road in February, as the DIY chain entered examinership.

However, these jobs were later saved.

Not so lucky were staff of Wickes, as 30 people lost their jobs when the DIY store closed its doors on the outskirts of the city.

The hotel sector once again had a tough year, with 60 jobs were placed at risk when the former Limerick Inn hotel, now the Radisson Blu, on the Ennis Road, went into receivership.

And Patrick Punch’s Hotel closed, with 50 full and part time staff put out of work in April.

At the start of June, it was revealed that the former National Rusks factory on the Dock Road was to close, as its parent company, the Kerry Group, sought to consolidate its operation. Some 35 staff lost their jobs.

Cost Plus Sofas also closed in June, on the outskirts of the city.

The workers were forced to go on strike for almost a month in order to get what they considered to be a fairer redundancy settlement from the British firm, with strong support from shoppers.

In terms of appointments, former Shannon Development chief executive Kevin Thompstone was elected as new president to the Shannon Chamber.

He immediately unveiled plans to open a fashion hub in the Opera Centre site through the Limerick School of Art and Design.

And in October, Dubliner Conor Agnew was installed as the Mid-West regional manager of the IDA. He immediately pledged a number of significant jobs announcements for Limerick in the next year.

Elsewhere, in a bid to tackle the graffiti which blighted the city throughout 2012 the City Council agreed, on a once off basis in February, to clean shop fronts across the urban area.

It has been a remarkably positive year for Shannon Airport.

Travellers arriving into the base on New Years Day were greeted by refreshments, and a party atmosphere to mark the separation of the airport from the DAA.

And it has been positive since, with passenger transport rising by up to 40%. Neil Pakey, a man credited with huge passenger growth at Liverpool Airport, was announced as the airport’s new chief executive in May.

A number of new destinations opened routes, including Ryanair re-establishing services across Europe.

Irish Business Against Litter ranked Limerick as being ‘Clean to European Norms’ in September, with the city marked 22nd out of 42 towns and cities across Ireland.

November was a month for the giving out of awards to businesses. Newcastle West entrepreneur Paul Collins, the founder of automation and machine build manufacturing company Design Pro based in Newcastle West, saw the firm named Ireland’s top enterprise.

As the year closed, businesses in the city got a double boost - with the City Council agreeing an historic commercial rates cut of 15.8%, meaning the rate in the city is 59c, the same as that of the county.

And free parking was offered in a bid to entice more people to do their shopping in the urban area.

But the pub trade could be in for an interesting new year, after budget British pub chain JD Wetherspoons confirmed its intention to open in Limerick. The chain typically uses its buying power to sell alcohol at rock bottom prices.