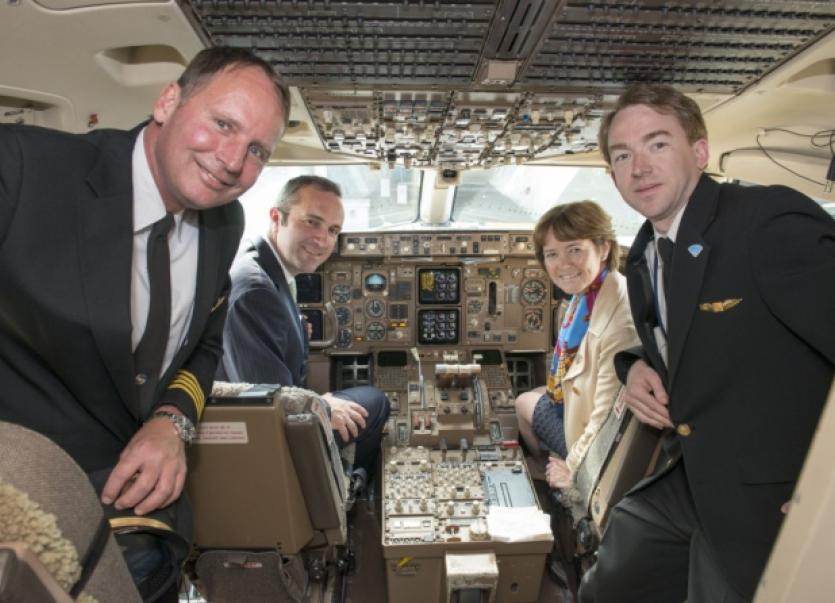 TOURISM Ireland has embarked on a promotional campaign to fly US visitors directly to the Shannon region from Chicago.

TOURISM Ireland has embarked on a promotional campaign to fly US visitors directly to the Shannon region from Chicago.

It coincides with the inaugural service between Shannon and O’Hare to be operated five times a week by United until the end of August.

To drive numbers inbound between now and then, Tourism Ireland said it was running ads in Red Eye, a daily newspaper in Chicago with a circulation of 180,000. It follows a round of TV and radio interviews by Tourism Ireland bosses promoting Shannon, Limerick and the west.

“We are delighted that United has chosen to operate this new service from Chicago to Shannon,” said Simon Gregory, head of markets, Tourism Ireland.

“As an island, direct, convenient and competitive access services are critical to achieving growth in inbound tourism. Tourism Ireland is committed to working with United, Shannon Airport and other tourism interests to drive demand for this new service,” he said.

The flight departs Shannon daily (except Wednesday and Thursday) at 11am, arriving in Chicago at 1.05pm the same day. The return flight leaves Chicago every day except Tuesday and Wednesday at 6.05pm, arriving in Shannon at 7:35am the following day. Visit www. united.com to book.