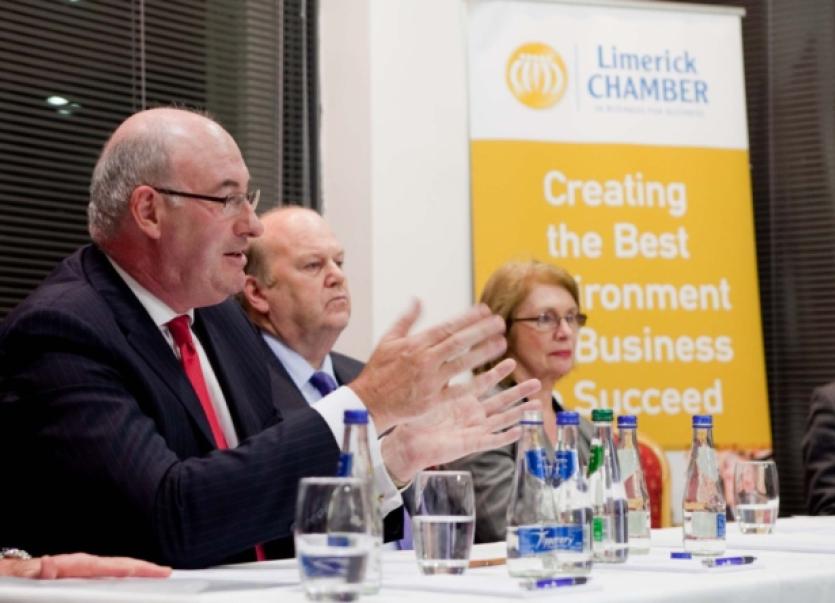 LIMERICK’s new economic plan will be officially launched this Friday.

LIMERICK’s new economic plan will be officially launched this Friday.

Finance Minister Phil Hogan will join local Ministers Michael Noonan and Jan O’Sullivan at the Strand Hotel for the launch of the blueprint.

For the last 18 months, top consultants GVA have been putting together the first plan which will take in both the county and the city.

A number of recommendations designed at getting Limerick’s economy moving again are expected to be included in the report, which cost €300,000.

Recommendations expected in the plan include a technology park, a medical village, an innovation hub, and the potential of an ‘iconic’ arts and cultural building.

An economic forum could be set up in a bid to attract big name investors into the city.

This comes in the wake of Limerick missing out on a total of 1,400 call centre jobs in the shape of Paypal last year and Irish Water this year.

The county area is unlikely to be ignored in the plan, with the consultants expected to argue for the inclusion of strategic economic units in towns like Kilmallock and Newcastle West.

The new plan will be the first economic blueprint of its kind for the new joint authority.