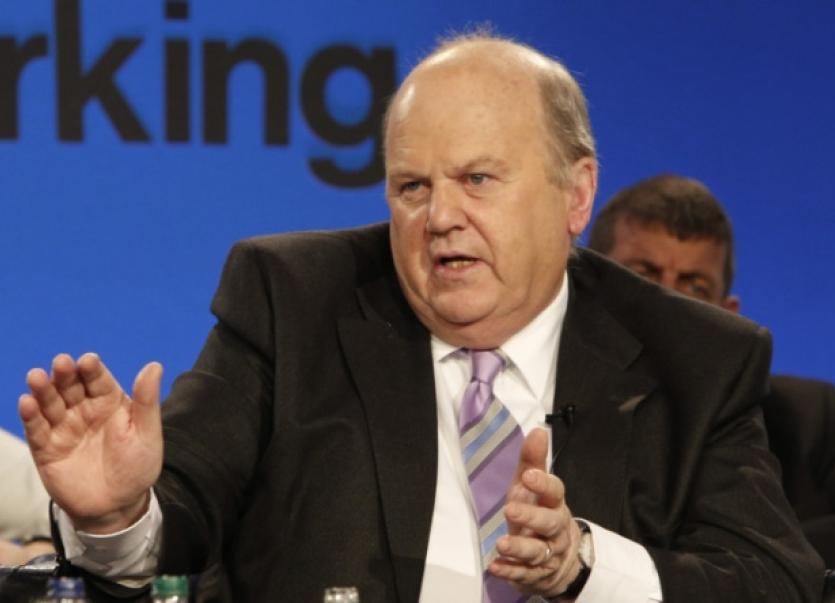 AMERICAN pharmaceutical giant Regeneron has held talks with local authority planners about moving to Limerick, the Finance Minister has said.

AMERICAN pharmaceutical giant Regeneron has held talks with local authority planners about moving to Limerick, the Finance Minister has said.

Speaking to the Limerick Leader at the Fine Gael national conference at the South Court Hotel, Minister Michael Noonan confirmed that discussions with the company are proceeding.

The pharmaceuticals giant plans to open its second manufacturing facility at the Raheen Industrial Estate, in a move which could create up to 300 skilled jobs.

Mr Noonan confirmed discussions are proceeding, and the local authority will do everything it can to help the company, which has already indicated its intention to move to Limerick in a filing with the Securities and Exchange Commission in America.

“The next step is when the company is ready, it will lodge an application for planning permission. They have held discussions with planners in City Hall, and the planners are ready to move through the application. It is a very significant project, so the actual drawing up of the planning application and its submission is a matter for the company,” he said.

Mr Noonan pointed out that construction jobs are returning to Limerick - in the shape of the expansion of the University Hospital, and the building of Analog Devices’s new facility in Raheen.

He pointed out that Regeneron will “be a big construction project” too.

When the Limerick 2030 economic plan was launched in June, Mr Noonan insisted the Government would act on it in short order. Since then, Denis Brosnan has been put in place to head a ‘watchdog’ forum.

He said the first piece of “serious infrastructure” in the plan, which envisages a total redevelopment of the urban area, would be the location of a new court in Mulgrave Street in the city.

The Finance Minister also indicated that discussions were taking place between City Hall and Marks and Spencer over the possibility of getting the chain into the city centre.

This comes in spite of the firm signing a heads of agreement to move into the Parkway Valley site on the Dublin Road.

“It is a private matter between the planners and the promoters. The planners know what the plan is, and we would like to see development in accordance with the plan. There is no point having a plan if everybody ignores it,” he said.