Retail jobs saved in Limerick at Monsoon and Xtravision 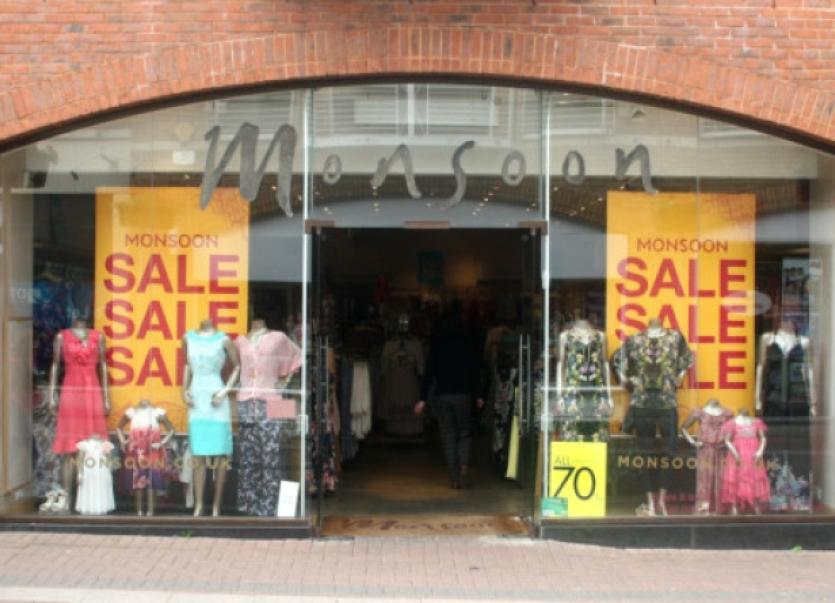 THE future of a number of city stores appear more secure this week with the purchase of Xtravision, and the expected exit of Monsoon from examinership.

THE future of a number of city stores appear more secure this week with the purchase of Xtravision, and the expected exit of Monsoon from examinership.

Some 30 staff at Limerick’s three branches of DVD rental store Xtravision have been thrown a lifeline after British investment firm Hilco bought the company.

Although the deal safeguards Xtravision’s immediate future, it has yet to be decided which shops will remain open.

Hilco already owns the HMV brand in Ireland, and plans to reopen at least one store in the Crescent Shopping Centre.

This may see Xtravision merge some of its stores with HMV.

There are three branches of Xtravision in the city - one in Dooradoyle, and outlets in the Parkway SC and the Ennis Road.

Meanwhile, the Limerick Leader has learnt that a further 18 jobs are set to be saved in the city, as women’s fashion chain Monsoon Accesorize is to come out of examinership.

Examinership is a process which allows a company a three month period to restructure its debts, and ensure its future viability through the courts.

Monsoon has two branches in the city which are likely to remain open - one in Cruises Street, and another in the Crescent Shopping Centre, with 6 and 12 people employed respectively.

A third branch of Accessorize in the Crescent employs a further six people - and although this could close, it looks likely that these staff will be redeployed to one of the other branches.

A source close to the process said: “We are all delighted. The staff have been under pressure for three months. It has been a long road, but they have kept us very well informed throughout the process.”

It is a continuance of good news on the retail front: only last month, DIY chain B&Q on the Tipperary Road, and fashion retailer Pamela Scott emerged from examinership, in a move which saw more than 100 local workers hang onto their jobs.