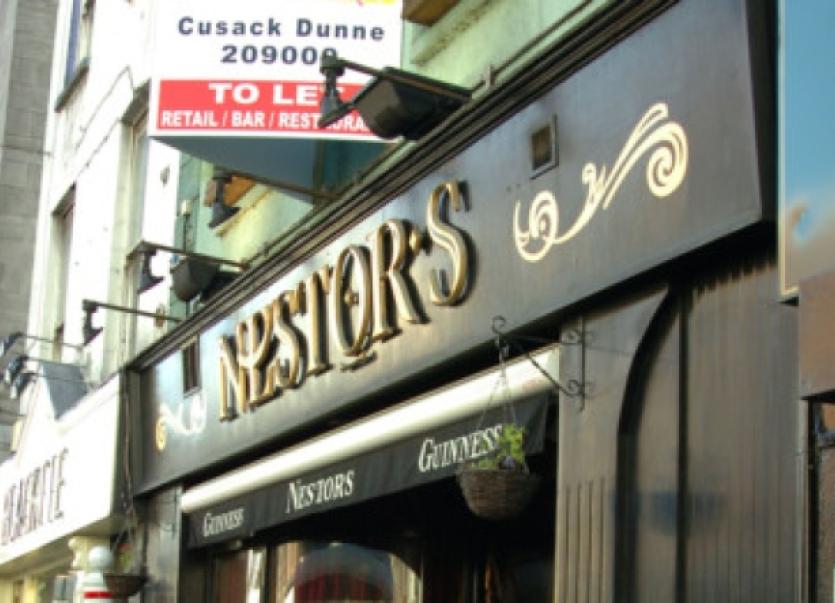 AN BORD Pleanala has approved plans for Nestor’s bar on O’Connell to change its use to a deli style cafe.

AN BORD Pleanala has approved plans for Nestor’s bar on O’Connell to change its use to a deli style cafe.

No 28 O’Connell Street has remained closed for many years, following the closure of Seqouia Lane which operated a homeware store there for a time.

The most recent plans, lodged by Brendan Donnellan, were objected to by Ger O’Connor, who is also involved in the “coffee shop trade in Limerick city”, according to the planner’s files.

The appellant, Mr O’Connor, had argued that there is an oversupply of such outlets in the city centre, but the applicant felt he has trying to resist fair competition in the city and wanted to stall the works.

In his submission, he argued that coffee shops are an “ancillary activity and only exist where there is sufficient stable business bringing people into the city.”

He said the decline in footfall in the city has dropped from 4,900 per hour in 2008 to 900 today, and that within a 400m semi-circle of the city centre, there are some 85 food and coffee outlets and 40 licensed premises, which could also serve coffee and food.

He claimed the imbalance of uses is “not healthy for the long term growth and sustainability of the city”.

The plans received permission from Limerick City Council last September subject to 14 conditions, but were appealed to An Bord Pleanala by one sole objector.

The board of the national planning authority ruled that the development should go ahead, subject to seven conditions. The board ruled that no take away or fast food facility will be available at the new outlet, and that it cannot open between 10.30pm and 8am on Sunday to Thursday, or from 11pm to 8am on Friday and Saturday.

The new cafe will be able to accommodate 58 diners when it opens.