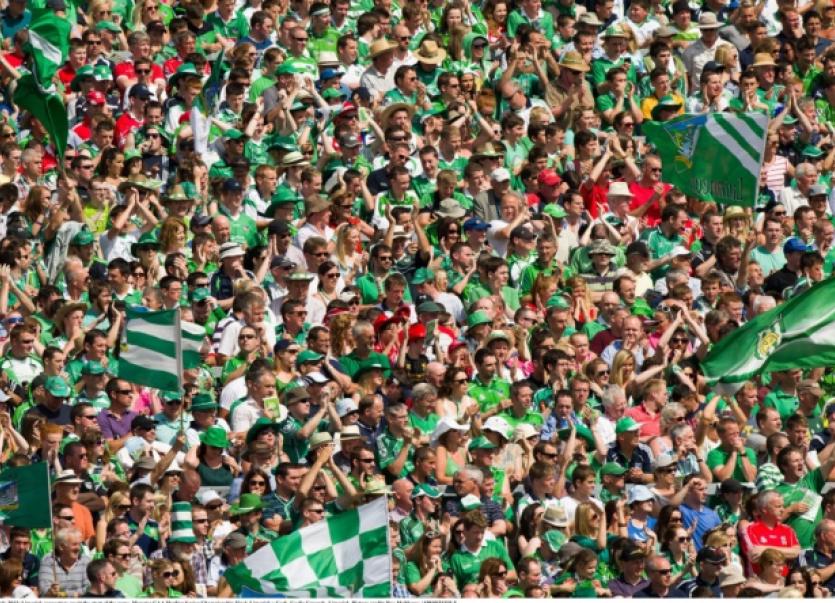 AS Limerick travel to Croke Park on August 18 to fight for a place in the senior and minor All-Ireland final, tickets from the Gaelic Grounds have been on high demand.

AS Limerick travel to Croke Park on August 18 to fight for a place in the senior and minor All-Ireland final, tickets from the Gaelic Grounds have been on high demand.

However, according to Limerick GAA officials, the All-Ireland semi-final clash against the Clare hurlers will not be a full sell-out, despite the huge demand from all the city and county clubs.

County secretary Michael O’Riordan said there are high hopes to match the amount of tickets that were sold for both the Munster semi-final and final, which saw the Limerick senior team beat Cork.

“It won’t sell out. The capacity is 80,000 in Croke Park. We’re hoping we will match the support from the last game where we sold around 14,000 tickets, so we will be hoping to reach those figures again for this game.”

Mr O’Riordan added that the tickets will go fully public when clubs have been settled with their share of tickets.

“We have been allocating tickets to the clubs in the last week and there has been high demand for them through the clubs. That would go right through for the rest of this week and it will then go to the general public, once the tickets have been fully allocated to the clubs,” he said.

Office administrator at the Gaelic Grounds, Lorna O’Connor said it is a rewarding feeling working for this historical match, as well as seeing excited supporters every day.

“We started allocating tickets to the clubs last Thursday and Friday. The game in Croke Park is new to me because I only worked with the Munster finals, but even that was great itself, allocating to the clubs.

“It’s great because the county secretary would get to meet all the faces when we hand out the tickets. And it’s great when we hand them the tickets and we see all the smiles on their faces.”

She added that the first batch of tickets have been sold out and that Limerick GAA are waiting for the upper tier tickets to go out on sale, which should see more demand from locals.

“To have them come back this time around, for them to be in the semi-final is a massive achievement. Tickets have been going out the door constantly. We practically have all the lower tier level sold in Croke Park. It’s just a matter of waiting for the upper tier to open, and once they start selling, it will start escalating,” she said.

Jim Gallivan, of Colbert Station, told the Limerick Leader that the Clare and Limerick clash has affected the schedule train times and the availability of tickets for supporters.

“This means our schedule for the services on the morning of the match are sold out. The 8.20am Cork to Hueston has been booked out, primarily by Limerick supporters. This also includes Ennis and Limerick trains to Dublin, too.

“We are trying to provide additional services from Limerick and Ennis. The next logistical thing to do is to get extra train sets. We don’t have spare sets, so we will need to get them from somewhere else and then bring them back by Monday,” he explained.

Mr Gallivan said there is no alcohol allowed on the trains.