Battle for Marks &amp; Spencer hots up in Limerick 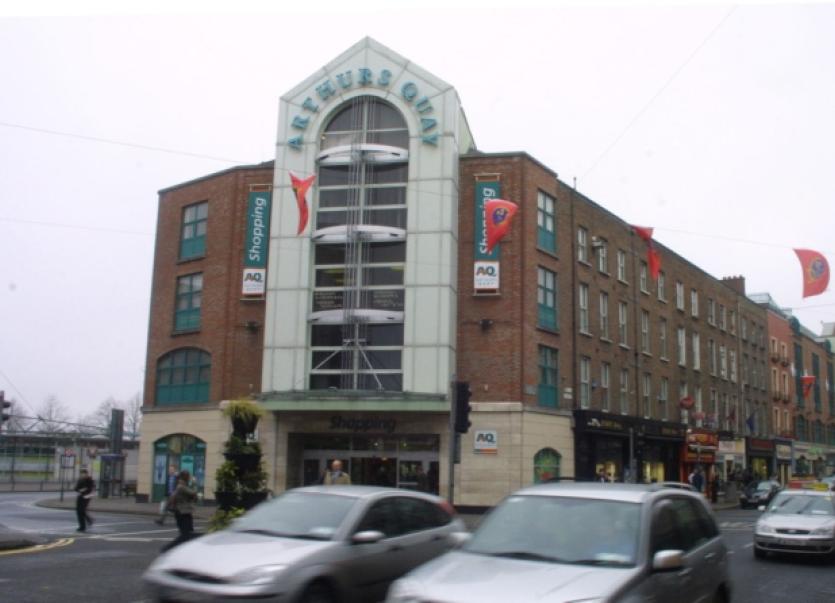 A NEW shopping area at Arthur’s Quay, set to come before planners by Christmas, will give Marks & Spencer a prime central location, Limerick city’s economic boss has said.

A NEW shopping area at Arthur’s Quay, set to come before planners by Christmas, will give Marks & Spencer a prime central location, Limerick city’s economic boss has said.

With rumours the British retailer is about to sign a deal to move into the yet-to-be-completed Parkway Valley shopping centre on the Dublin Road, Tom Enright has said he hopes they will hold fire - and look to the brand new city square, which will have provision for a large multiple at its heart.

The Limerick 2030 masterplan includes a major new retail development at Arthur’s Quay, which could include a new 10,000 square meter anchor tenant to its east, alongside smaller shops and bars.

Belfast developer Suneil Sharma, the lead developer behind the Parkway Valley centre, has courted Marks & Spencer, which has yet to open its first Limerick outlet.

But having also held discussions with the retailer, Mr Enright hopes the city centre proposals will blow the incomplete development on the outskirts out of the water.

In a sign of confidence, the council has produced impressions of a new city square with Marks & Spencer at its heart.

Speaking to the Limerick Leader, Mr Enright said: “I know from talking to Marks and Spencer that they are looking at Limerick. Currently, the only development which has planning permission that can accommodate them is the Parkway Valley.”

“Having said that, we hope to have a planning application presented to the City Council towards the end of this year for a new retail centre in and around Arthur’s Quay. That would provide a real alternative potential for Marks and Spencer to locate in Limerick,” Mr Enright added.

Meanwhile, the economic director has confirmed that there are no current plans to open a supermarket in the Toppins Field area.

This comes in spite of City Councillors last year being asked to rezone the land to allow for commercial development.

There were suggestions at the time that Tesco Ireland was seeking to move one of its stores to the 14-acre land.

It was put on hold at the time, because councillors were concerned about a negative impact on the city centre.

But it has been highlighted again after it emerged City Council were planning to close the Rathbane maintenance depot, and merge its activities into the Garryowen depot.

Mr Enright said while it is hoped to being “jobs and activity” to the southside, in connection with the nearby Limerick Enterprise Development Project, this will not be in the form of a supermarket.