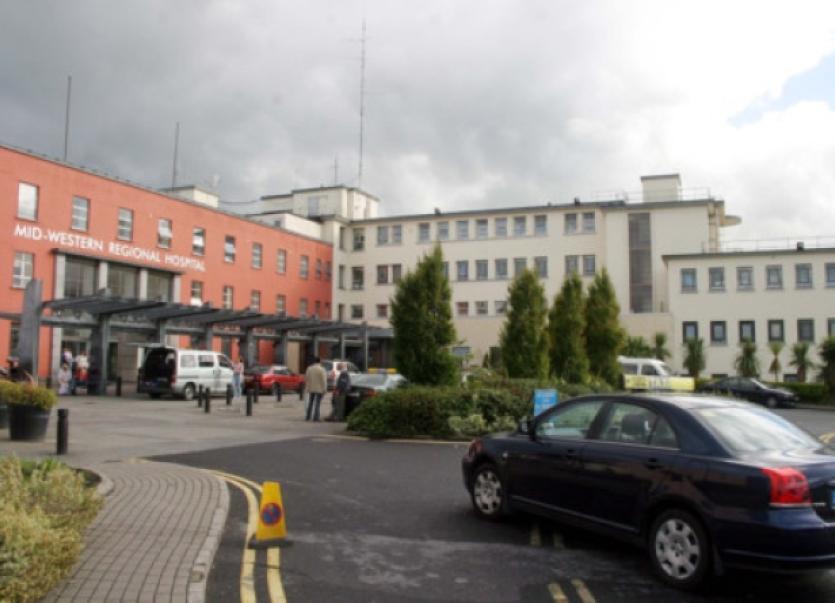 THE HSE has been interviewing nurses to staff the 20 beds set to be re-opened at St John’s Hospital to alleviate overcrowding at the emergency department of the Mid-Western Regional Hospital.

THE HSE has been interviewing nurses to staff the 20 beds set to be re-opened at St John’s Hospital to alleviate overcrowding at the emergency department of the Mid-Western Regional Hospital.

It was announced last week that the HSE had the support of the Minister for Health James Reilly to address bed capacity issues in the Mid-West by bringing the closed beds back into the system.

As the numbers waiting on trolleys in casualty in Dooradoyle hovered around the 40-mark last week, Ann Doherty, chief executive of the Mid-Western Hospitals Group, said that the plan was to re-open the beds at St John’s “within days”. This has not yet happened but the HSE is advancing its plans by interviewing nurses to work at the city centre hospital.

Meanwhile, the situation at the emergency department - described by one patient last week as resembling “a zoo” - has eased somewhat this week.

Five patients were waiting on trolleys to be admitted on Tuesday morning but this had climbed to 17 on Wednesday, according to figures compiled by the Irish Nurses and Midwives Organisation.

The INMO’s Mary Fogarty said last week that cuts in community care were a contributing factor in increased numbers of elderly people presenting at the emergency department.

Fianna Fail’s Deputy Niall Collins agreed this was contributing to the problems at Dooradoyle.

He described the recent overcrowding as “a farce” and said there had been a “deafening silence” from Minister Reilly on the issue. The minister should have made a statement when it emerged A&E overcrowding was subject to an investigation by the County Limerick Fire Service. The HSE has been given until this Friday to complete a risk assessment of the emergency department for the fire authority.

That the HSE had been unable to attribute overcrowding to any specific illness or bug was “even more of a concern”, according to Deputy Collins.

“The logical explanation is that the gross mismanagement of the Department of Health budget means more and more pressure is being placed on the acute hospital system,” he said.

“Savage cuts to home help hours and community nursing services have contributed to more people having to attend hospital, something that Fianna Fáil warned against when these cuts were introduced. In fact Fianna Fáil proposed to invest an additional €10 million in the home help hours to help elderly and infirm people keep a certain level of independence.

“Groups like Age Action Ireland and Older and Bolder have said that these cuts are colossal, potentially dangerous and in many cases, were done without notice.

“Minister Reilly needs to urgently address the problems at the Mid-Western Regional Hospital. We can’t allow the farcical situation of a hospital being forced to turn away patients continue,” Deputy Collins said.

Sinn Fein health spokesman Caoimhghín Ó Caoláin maintained overcrowding at Limerick Regional was directly related to the “downgrading” of the emergency departments at Nenagh and Ennis.

“We have seen the overcrowding crisis in the Mid-Western Regional Hospital lead to a call from the hospital for people not to attend the emergency department, as well as a complaint to the fire officer due to the overcrowding,” said Deputy Ó Caoláin.

The HSE has said the phenomenon of patients from Clare and Tipperary travelling directly to the emergency department in Dooradoyle - in spite of the fact that local emergency centres at Ennis and Nenagh remained open by day - was contributing to the overcrowding.