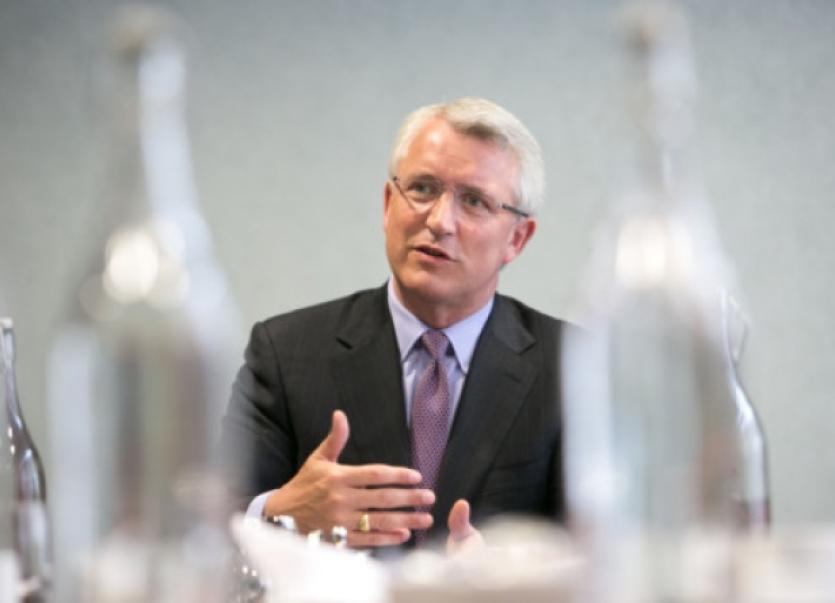 AIB has closed eight branches across Co Limerick leading to many protests, with the latest closure in Croom, bringing an end to 100 years of the bank in the village.

Some 80 jobs across the region have been cut as a result.

But the chief executive said there are no further closures at this time.

“You cannot predict the future absolutely. If Europe collapsed, and there was a major recession across the world, we would have to look at our costs again. But based on the assumptions we have made, we are not planning to close more branches,” he said.

Mr Duffy was in Limerick as part of the bank’s ongoing programme of meeting staff and customers in branches across the country.

Some 50 business people in the city spoke to him at a specially arranged event, where they were asked to focus on their banking relationship with AIB, and the challenges they face.

Addressing the media at the Savoy Hotel, Mr Duffy also ruled out the reopening of many branches, saying: “We believe the number of branches remaining open is sufficient to service the population. The services that are available, and the investment we are making in those remaining branches has transformed the capability of those branches to service remaining customers.”

He blamed the queues in branches on customers needing to be re-educated.

“An awful lot of people have discovered that they are in a queue they do not need to be in. The lion’s share of the volume of activity can be directed in the branch, or at home.”