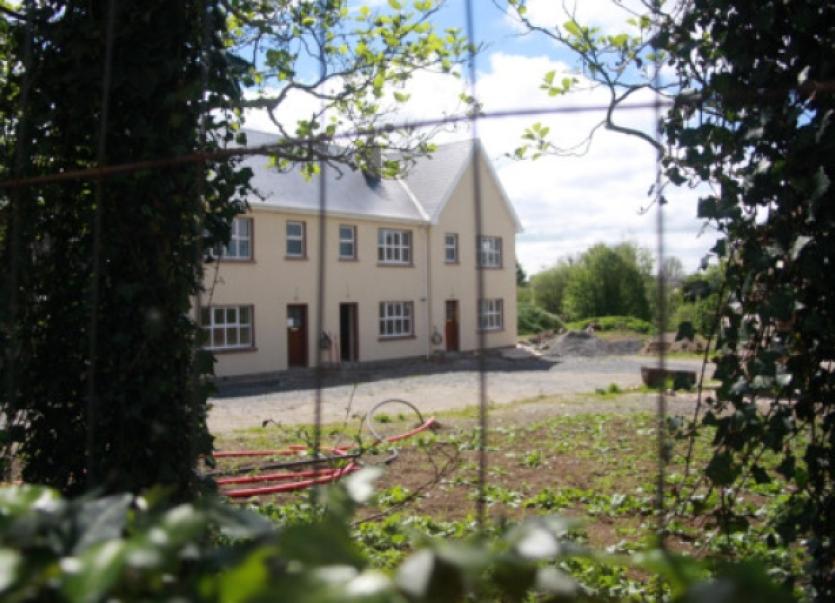 A STARK reminder of the on-going fallout from the building boom in rural Ireland was provided at a Kilmallock area meeting where councillors were given an update  on the status of 15 unfinished estates in the local electoral area.

A STARK reminder of the on-going fallout from the building boom in rural Ireland was provided at a Kilmallock area meeting where councillors were given an update  on the status of 15 unfinished estates in the local electoral area.

A report presented by Gerard O’Connor, senior executive engineer with Limerick County Council, outlined the current position of the estates which are located in Kilmallock, Bruff, Hospital, Kilfinane, Bruree, Ballyagran and Herbertstown.

The meeting heard how a receiver has been appointed to one estate in Kilmallock while enforcement proceedings have been issued against a developer in another estate in the town.

Meanwhile, a developer did not put a bond in place in relation to an estate in Herbertstown.

Mr O’Connor explained that a bond of €29,000 was claimed in April in relation to Bellview – a small estate of 12 houses at Glenfield Road, Kilmallock.

“We are awaiting a response from the bank,” said Mr O’Connor.

Councillors were told that enforcement proceedings have also been issued “because in this instance the cost of the works is twice the value of the bond”.

Mr O’Connor explained that there is also a separate issue in relation to wayleaves.

The meeting heard that a receiver has been appointed to Ash Hill Manor, an estate of around 20 houses on the Charleville Road in Kilmallock.

The meeting heard that there is a large bond of in the region of €350,000 in place because the original planning permission was for in the region of 140 houses. Mr O’Connor explained that the receiver had made contact with the planning department looking for the bond to be reduced.

Mr O’Connor said that the council wouldn’t have an issue with reducing the bond but they did have an issue with the fact that some of the services including a pump station are outside the curtilage of the area they would be taking in charge.

“We have asked the receiver to formalise the issue of the radius before we would be in a position to reduce the bond,” said Mr O’Connor.

The meeting heard that a bond of €152,000 was claimed in March in relation to Glen Grove on the Charleville Road in Kilmallock.

“We are awaiting a response from the bank. There has been correspondence,” said Mr O’Connor.

The cost of bringing the estate up to a standard for taking in charge, councillors were informed, is over €200,000.

“There is a shortfall of nearly €50,000,” said Mr O’Connor who said that a meeting had taken place in the last fortnight with the developers.

The meeting heard that there were safety works carried out at the Hawthorns in Ballyagran around 2010 amounting to in the region of €15,500 under the special health and safety allocation at the time.

In relation to finishing off the estate, Mr O’Connor explained that there was a cash deposit of €38,367 which has been retained by the council.

Mr O’Connor said that the council had calculated how much it would cost to complete the estate in line with the planning permission and the amount was in excess of €112,000.

The meeting heard that there is a new developer on site at The Grove, Main Street, Bruff and new planning permission has been issued in relation to the site.

Meanwhile, a cash deposit of €7,761 has been used recently to carry out works on a boundary wall, a septic tank and lighting at The Waterfall in Bruff, a small estate of three houses.

Mr O’Connor told the meeting that a taking in charge request was received in 2012 in relation to Railway Road, Main Street, Bruree, a small estate of three houses, and the developer was asked for further information in June 2012.  The meeting heard that “nothing has progressed”.

Works have been completed at Liosain in Bruree. The meeting heard that the wayleave must be formalised before the estate is formally taken in charge.

Mr O’Connor said the council hadn’t assessed The Paddocks, Main Street, Bruree – an estate of around 14 houses. He said there was a bond of around €32,500 in place.

The meeting heard that the bond had been claimed in relation to Toormore in Bruree.

“A letter was issued to the bank in April of this year,” said Mr O’Connor who added that there hadn’t been any response.

Councillors were informed that the developer of Cahair Fuiseog in Herbertstown never put a bond in place.

“A receiver has been appointed,” Mr O’Connor explained.

The meeting heard that there is a bond of €20,000 in place in relation to Cluain Foinse at Barrysfarm, Hospital, a small development of about eight houses at the end of an existing estate. Mr O’Connor said that “there are no significant issues as far as we are aware.”

The bond has been paid in relation to Tread na Ri, Kilfinane and the works are being carried out at present.

“We have spent a lot of time there over the last number of weeks,” said Mr O’Connor. “There are still some outstanding works to be done.”

Safety works amounting to €18,000 were carried out at Wolfe Tone Street apartment complex development in Kilmallock in 2009/2010.

“It is unoccupied and fenced off,” said Mr O’Connor.

Meanwhile, a bond of €20,000 has been claimed in relation to Cois an Sruthan at Glenduff Bridge in Kilfinane.

Mr O’Connor said that the costs of the works was in the region of €55,000 and money was used from the development fund at the end of 2012. He said there are still some outstanding works to be done.

“Glenduff Bridge and Tread na Ri in Kilfinane will both be completed in a number of weeks,” said Mr O’Connor.

Cllr David Moloney welcomed the work done on the estates in Kilfinane.

“The situation is a challenge for everybody,” added Cllr Mike Donegan from Kilmallock of the unfinished estates across the electoral area.