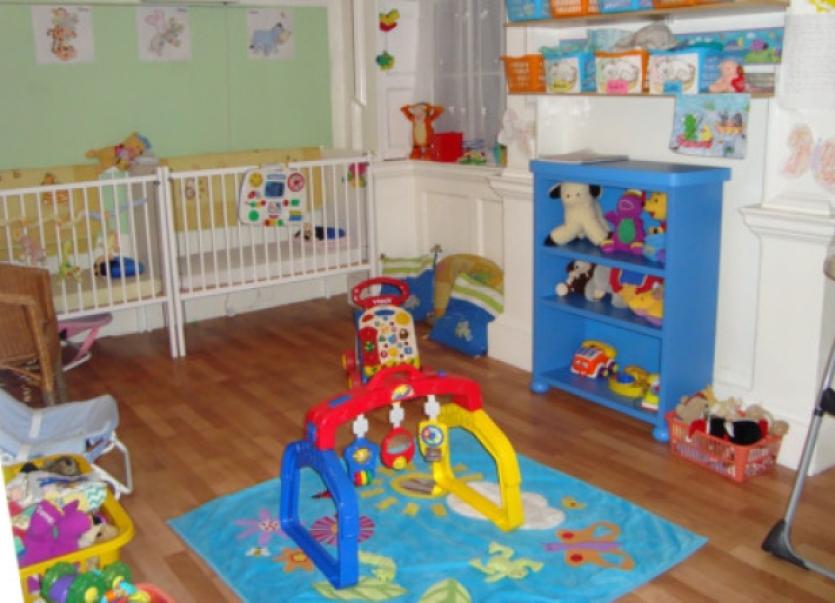 LIMERICK parents are being urged to be more assertive with childcare providers in the wake of Tuesday’s exposé by Prime Time into care standards in creches.

LIMERICK parents are being urged to be more assertive with childcare providers in the wake of Tuesday’s exposé by Prime Time into care standards in creches.

But the mistreatment of young children as seen in the documentary has been described as “very much the exception” by childcare experts in Limerick. And creche managers in the county have said the content of the programme had upset their staff every bit as much as the parents who watched it.

The HSE, meanwhile, has said it will start publishing new inspection reports for childcare facilities as a matter of course “within weeks” and reminded parents of their rights to see past reports on their creche.

HSE figures show that no county does better than Limerick when it comes to the number of people employed to inspect creches in the county. Five inspectors in total are on the payroll in 2013, a figure matched only in Galway. Five counties currently have no inspectors.

But the HSE was this Wednesday unable to provide the Limerick Leader with figures on how many inspections are being carried out in the city and county. Prime Time revealed that only 55% of creches had been inspected last year where the requirement was for an annual inspection. And some creches had not been inspected in four years, which meant reports were of little use to parents today.

“Creches receive a visit from an inspector on average every 18 to 24 months. This compares favourably with other jurisdictions where visits take place, in the UK for example, every three to four years,” a spokesperson for the HSE said.

Aoife Griffin, regional manager with the ISPCC, has urged parents to be more assertive with childcare providers.

“Parents should have a frank discussion with staff about the care of their children. They should call in a little earlier than usual and unannounced, or at meal times, to satisfy themselves,” Ms Griffin said.

Mella Byrne, co-owner of Starting Small, Standing Tall creche on the Ballysimon Road, said of the Prime Time programme that it had been “really disturbing to see the lack of care and our staff found it hard to watch”.

Speaking on Limerick’s Live 95FM, she said her creche had made copies of its latest inspection report available for parents to read and she urged other providers to show the same transparency.

And Margaret Kelly, of the Desmond Community Creche in Newcastle West, said staff had been “horrified” to see how children were treated in the Dublin and Wicklow creches filmed by undercover reporters.

“Parents weren’t saying much but I’m sure it’s in the back of their minds. It is fairly shocking to see it. I was very disappointed with the level of care I saw,” Ms Kelly said.

“It’s down-heartening, but at the end of the day we just have to get on with the job and maintain the trust that we’ve worked very hard to build up with parents. Trust is the most important thing at the moment.

Des Carswell, lecturer in early childhood care and education at Mary Immaculate College, said the content of the Prime Time programme was “appalling”.

“As I was watching, I moved through various phases of disgust and was wondering if I was actually witnessing what I was viewing because it was so incredible to witness the way that the young children were treated - particularly outside of the educational elements of early years practice. In some of the very primary care - such as sleeping, eating and things like that - I found that to be quite horrendous and shocking. We’ve been discussing it most of the morning here with colleagues.”

It was particularly shocking when Ireland had such rich, child-centred policy documents and frameworks for early childcare and education, Mr Carswell said.

How Prime Time had shown documentation – such as daily reports for parents – was being fabricated by some staff was also shocking, he said.

“All these activities which we would encourage our students to do with children are enriched with sound pedagogic theory, with strong notions of child development, strong notions or progression in learning and strong notions of the child being at the centre of their own learning. Those documents are very important documents, documents we use as educators to guide and reflect on our practice.

“That they would be done before the fact, as presented in the programme, I found very disturbing.”

But Mr Carswell, who represents Mary Immaculate on the Limerick City Childcare Committee, said he believed the practices seen on Prime Time were “extraordinarily exceptional”.

This view is shared by the County Limerick Childcare Committee, which said on Wednesday that the incidents were “not reflective of the high standard of early childhood care and education happening every day”.

The committee has advised parents with serious concerns about a creche to contact the HSE inspector 061 483591.