Limerick factory to close with the loss of 35 jobs 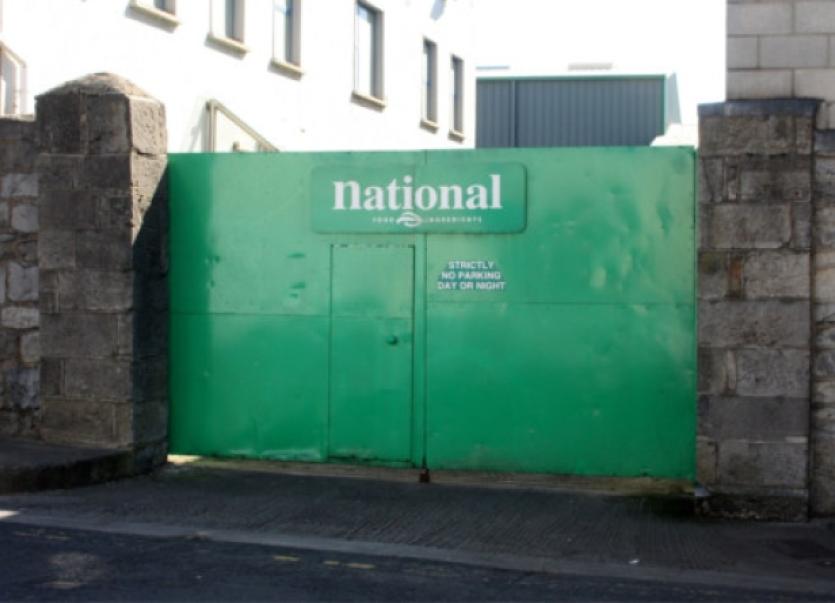 the former National Rusks factory on St Alphonsus Street/Dock Road is to close with the loss of 35 jobs.

the former National Rusks factory on St Alphonsus Street/Dock Road is to close with the loss of 35 jobs.

Staff at the historic site were told by the current operators the Kerry Group this week that the factory will close down in June, as the company seeks to consolidate its operation. The factory has provided seasonings and other food materials to suppliers across Limerick for the last 60 years.

But its doors will now be shut on June 30.

It is understood the seasonings will be manufactured in Britain, with staff in Limerick given the opportunity to transfer to the Kerry Group’s new plant in Naas, Co Kildare.

The large site was opened approximately 60 years ago by the family of former mayor Ted Russell, who brought the business over from Edinburgh.

Local councillor Maria Byrne said the closure is bad news for the staff, Limerick businesses and the local community.

She has questioned why the Kerry Group are closing this factory when it is a profitable operation.

“It has been a local business going back to when National Rusks was owned by the Russells. It is sad that the Kerry Group has announced it is putting 900 jobs in Kildare, then looking to close these smaller, local businesses,” she said.

Cllr Byrne added that moving to Co Kildare is not feasible for many workers.

“Many of them have young families, and their kids are in school here so it is not really an option. Many people have been there for more than 30 years, so it is a loss to the local economy,” she said.

Many local butchers would have used seasoning supplied by National Rusks for their hand-made sausages.

The move by the Kerry Group, Cllr Byrne believes, will force them to order in bulk, at a less advantageous cost.

As it is being imported from Britain, it will also be less fresh, she added.

The Russell family sold the site more than 10 years ago, while the Kerry Group took ownership of it three years ago.

SIPTU representative Andrew McCarthy said they are in discussions with staff about the various options.

A spokesman for the Kerry Group confirmed the closure, saying: “It is a relatively small production facility, so regrettably it has been decided to consolidate production into larger sites. We have a good workforce in Limerick and we are in consultation with them with regard to other opportunities, including redeployment. We will provide every assistance we can to the employees impacted by this decision.”