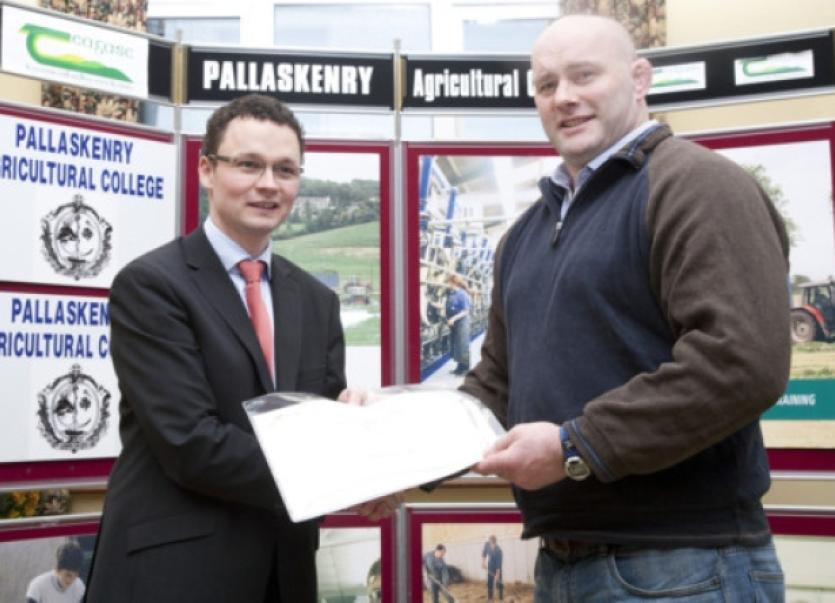 JOHN Hayes always lead from the front on the pitch, now he is doing it in the classroom.

JOHN Hayes always lead from the front on the pitch, now he is doing it in the classroom.

Along with over 150 other farmers, ‘The Bull’ graduated from Pallaskenry Agricultural College.

John received his Advanced Certificate in Agriculture Level 6, which he started while he was still playing.

Principal of Pallaskenry Agricultural College, John McCarthy, said John was a great motivator to other students. Seeing a Munster, Ireland and Lions legend walking into class would certainly make you sit up and pay attention.

“He would be inside in the classroom during lunch hour going through his notes. Before you knew it there would be nine or 10 around him studying as well!

“He was a model student. He led by example while he was here from start to finish,” said Mr McCarthy.

John allows himself a rye smile when he hears this as perhaps his teachers in St Fintan’s CBS in Doon might have had a different opinion.

“I wasn’t messing anyway which probably made a change when I was in school. I paid attention this time,” laughed John.

He did a lot of study on-line while he was playing and got more opportunities to attend the college once he retired.

“It is a great place to go. The tutors are very helpful and everything is well organised,” said John.

He particularly enjoyed the practicals and visiting farms in the county.

“In the practicals some people are good at one thing and not good at another so you get a good overview. Take something like machinery, which I loved because I’m into it. The course covers all sides and it is explained very well.

“At the discussion days on farms they show you what other fellows are doing and you always learn something,” said John, who encouraged others interested in farming to get the qualification.

“It will always stand to you. One qualification can lead to another. It was a great time,” said John, who is enjoying farming life in Cappamore.

The college has seen its numbers go though the roof in recent years with young students. They are also seeing many men and women around John Hayes’ age. While John chose when to end his stellar rugby career, others may have been forced out of their chosen profession due to the recession.

“I would have 13 students between the ages of 25 and 42. You do see a lot more doing a turn around in their careers,” said Mr McCarthy.

At the graduation the principal thanked parents and guardians for believing in the importance of agricultural education and said that the future of Ireland’s agricultural industry was very much dependant on well trained, technically proficient young farmers.

“To make a success of farming or any business we must all continue to inform and educate ourselves about our business,” said Mr McCarthy, who asked Deputy O’Donovan to use his influence to have such young farming supports as installation aid and retirement schemes re-introduced.

“These schemes helped to get young people involved in farming,” said Mr McCarthy.