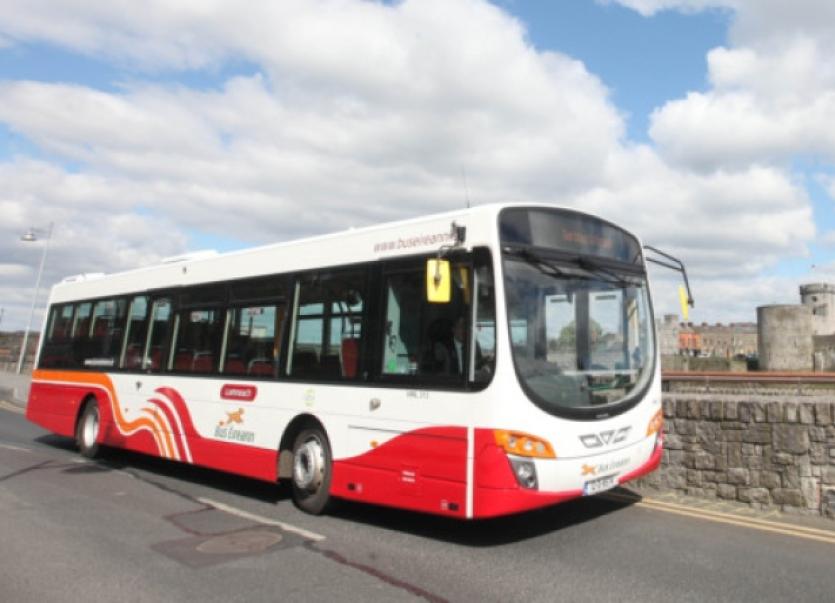 BUS services in Lord Edward Street, which were axed in Bus Eireann’s timetable shake-up, are to be restored next month.

BUS services in Lord Edward Street, which were axed in Bus Eireann’s timetable shake-up, are to be restored next month.

In September last year, Bus Eireann changed its timetables, in a move which saw direct services between Raheen, Dooradoyle and Westbury.

But certain parts of the city were cut out of the loop, including Lord Edward Street.

This has been the subject of many complaints, but at last week’s city council meeting, Bus Eireann regional manager Miriam Flynn confirmed bus line 301 would operate down this street from Easter Sunday, April 7.

It is a decision which has been welcomed by local Fine Gael TD Kieran O’Donnell, who said the elderly population on the southside street are dependent on the service.

“I am very pleased that Bus Eireann have given a date for when people in the Edward Street area are to have their services restored. It is very important to the people in that area, and particularly the elderly and disabled, that this service be restored.

“Edward Street is a critical route in the city, with an older population that is dependent on public transport. The restoration of these services comes on foot of discussions I have held with Bus Eireann locally here in Limerick and with the National Transport Authority in Dublin,” Deputy O’Donnell said.

He paid tribute to the National Transport Authority and Bus Eireann’s local management for “working with me on this”.

He added: “I look forward to seeing the busses run once more on Edward Street as they had previously.”

Since changing Limerick city’s timetables, Bus Eireann has faced a backlash, with many commuters complaining of overcrowded vehicles and late running of services.