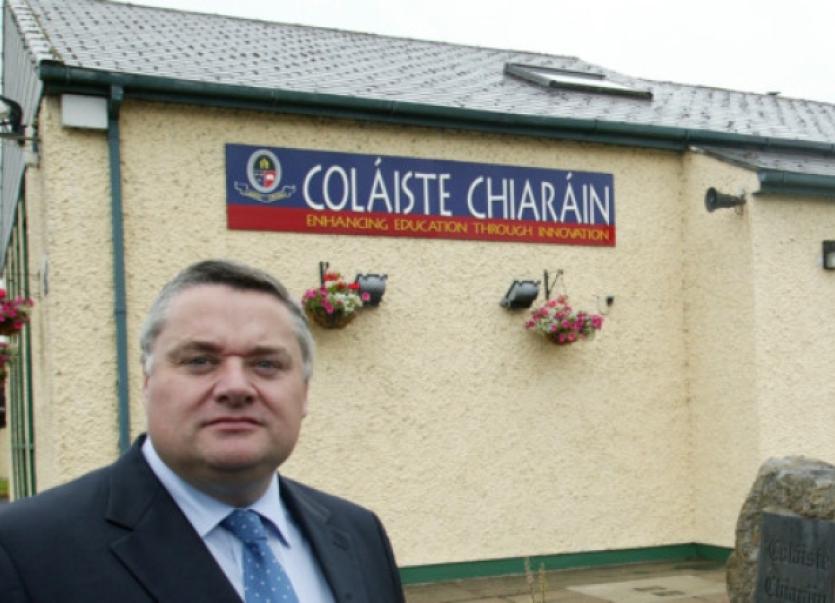 AN incident involving social media giant Facebook and the suspension of 28 students in a school in Croom who ‘liked’ an offensive post on the platform is to be brought to the attention of Government via a Dail committee.

AN incident involving social media giant Facebook and the suspension of 28 students in a school in Croom who ‘liked’ an offensive post on the platform is to be brought to the attention of Government via a Dail committee.

Noel Malone, principal of Colaiste Chiarain, where the incident took place in recent weeks, is to get an opportunity to address members of an Oireachtas Joint Committee on Transport and Communications.

While public submissions to the committee, which is investigating cyber-bullying, finished this week, Limerick TD Patrick O’Donovan has made representations to TD Tom Hayes, chair of the Transport and Communications Committee to hear Mr Malone.

“I have spoken to the chairman, vice chairman and clerk of the committee about meeting Mr Malone probably next week to go through what happened,” said Deputy O’Donovan, a member of the committee.

While Mr O’Donovan admitted that the meeting was likely to be an informal one, he stressed: “I have asked that it would form part of our own deliberations when we meet ourselves, so that his experience can be taken as a submission when we are compiling our report.”

“Mr Malone dealt very decisively with the issue, and there needs to be a standard template agreed between school managers, teaching representatives and the Department of Education into how this should be dealt with going forward, especially where it affected a member of the school community.”

The 28 students were suspended by the Colaiste Chiarian principal after ‘liking’ an explicit post on Facebook, which is understood to have related to the personal life of a teacher at the school.

Facebook’s response to the incident has drawn criticism from the Croom principal, who has called for the Data Protection Commissioner to investigate the company’s apparent inaction in the case.

While it did not reply to Mr Malone, Facebook did reply to Limerick TD Niall Collins, who took up the issue on the school’s behalf. A letter from the company’s director of policy for the UK and Ireland, Simon Milner, claimed that an offensive photograph had been reported, then deleted by the user, which meant it could not “verify why the Facebook agent who reviewed it concluded that it did not violate our statement of rights and responsibilities.”

“What I really wanted from them, in terms of their corporate responsibility, was to stand up and be counted - this was clearly a ball drop,” he said. “The first correspondence we had back from Facebook was last Friday and came through Niall Collins and frankly, I was absolutely shocked.

“They are now effectively saying that is more or less the school’s fault that we didn’t report it as a fake account, which was not the case. What is absolutely incredible is that it is completely in breach of the guidelines and an agreement they made with the Data Protection Commissioner only as recently as last September. I just think they should put their hands up now and say this was a mistake. We need to learn from this.”