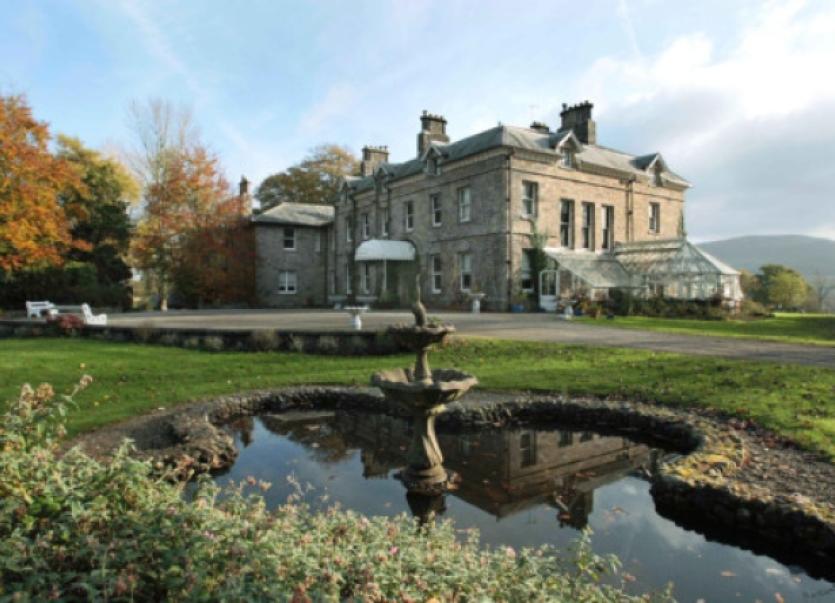 THE LAKESIDE mansion in Clare bought by Euromillions winner Dolores McNamara was purchased for €1.46m, according to the latest figures received by the Property Price Register.

THE LAKESIDE mansion in Clare bought by Euromillions winner Dolores McNamara was purchased for €1.46m, according to the latest figures received by the Property Price Register.

It is understood that famous Limerickwoman, who won €115m through a Lotto quick-pick, has bought the property for her son Gary to expand his farming enterprises.

While the house itself cost €1.46m, it is understood the surrounding lands on the shore of Lough Derg cost in the region of another €2m. It has 2.3km of frontage on to the lake and 270 acres of land.

The estate also includes four separate cottages or lodges, to accommodate other guests, a sauna, stables, two boat houses, and a private jetty.

The 16-bedroom property was put on the market on the instructions of the receiver, PriceWaterhouse Coopers and was formerly owned by Dr Pascal Carmody and his wife Dr Frieda Keane Carmody, who sold it in 2006 to a development consortium.

During the boom it was bought for €14m by a consortium of Limerick businessmen who had plans to turn it into a major tourism, sports and leisure resort.

The €100m plans for the site were approved by Clare County Council, but were later turned down by An Bord Pleanala following an appeal by the heritage body An Taisce.

Overall, the property and lands sold for in the region of €3.5m to Ms McNamara - nearly twice the asking price by GVM and Knight Frank Auctioneers, after what was described as “an international bidding war”.

It’s the most expensive property to sell in Clare, and neighbouring counties Limerick and Tipperary to date this year.

Dolores McNamara already owns Lough Derg Hall, which she bought for €1.7m in 2005. It includes a 24 acre farm, and her son Gary recently received conditional permission to keep farm buildings built at that address without permission.

Sources have told the Limerick Leader that they do not believe that Ms Namara has moved in to the Victorian property, which is in need of refurbishment.

Some 84 properties have sold in Limerick city and county for the first three months of this year, though sales continue to be added to the national register.

Overall there have been 2,744 sales in the entire country to date this year, with Limerick sales representing 3.06% of the entire lot.

One of the cheapest properties to sell in Limerick in recent months was a house in Moylish Crescent, Ballynanty Beg, for €9,000.

Just five properties have sold in Limerick to date this month, with 25 selling in February and 54 selling in January.