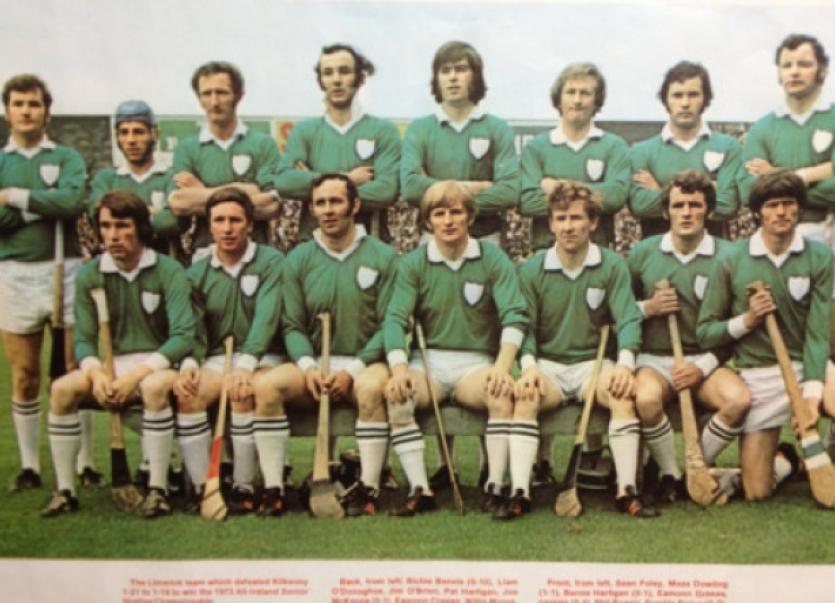 MEMBERS of the famous 1973 Limerick senior hurling team are to be feted at a celebratory party at the Staker Wallace GAA club grounds this summer, to mark the official opening of the sports facility.

MEMBERS of the famous 1973 Limerick senior hurling team are to be feted at a celebratory party at the Staker Wallace GAA club grounds this summer, to mark the official opening of the sports facility.

The celebration, which is being hosted by JP McManus and the Staker Wallace Club on May 19, will see Eamonn Grimes, the captain of the all-conquering 1973 side officially open the club grounds.

Forty years after their historic win over the Cats, Limerick will come face-to-face with the old enemy – both the Kilkenny sides from 1973 and today are understood to be invited to the party.

“From what I know, the present Limerick team is playing the present All-Ireland champions to mark the opening of the field and all the four teams, the present day and 1973 members are guests are on the day,” said a source.

It is understood that guests will be treated to a lavish meal inside the community hall at the Staker Wallace grounds which is located a short distance from Martinstown Stud - the McManus’s family home - outside Kilmallock.

According to sources, Mr McManus, an avid Limerick hurling supporter and present sponsor of the Limerick GAA sides, will also be splashing out on new suits for the four teams.

It is also expected that a marquee will be erected on the grounds to cater for the huge crowd which is expected to gather for the celebration.

In 2008, planning permission was granted for the multimillion euro GAA facility and community centre at Kilbreedy West, Kilmallock, which was the subject of a deal with JP McManus in 2006.

Staker Wallace GAA Club received the site in Kilbreedy in return for their two-and-a-half-acre grounds beside Martinstown Stud.

Mr McManus and his wife, Noreen, were anxious to acquire the grounds to allow them to build a new entrance into their nearby Palladian-style mansion.

The state-of-the-art sports and community grounds has been used extensively over the past four years by various sporting groups and is considered to be one of the most modern sporting facilities in the county.