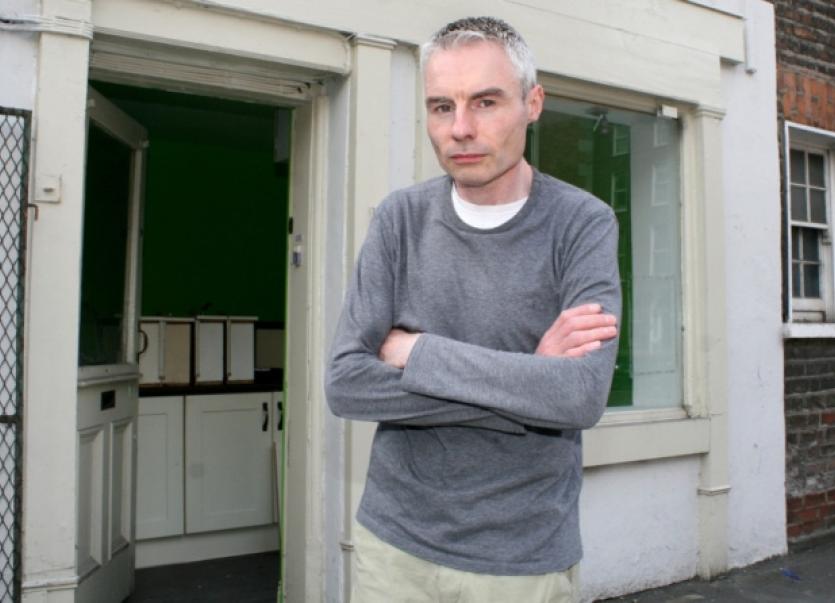 A CITY BUSINESSMAN has been left “angry and annoyed” after having to wait eight weeks to have his electricity turned on, after he rented a new premises.

A CITY BUSINESSMAN has been left “angry and annoyed” after having to wait eight weeks to have his electricity turned on, after he rented a new premises.

Patrick Rahilly agreed a lease with Rooney’s Auctioneers to take over a former flower shop in Mallow Street, and open a gluten-free bakery, cafe and shop.

The day after he signed the lease in June, he telephoned the ESB to be hooked up to the network.

But Mr Rahilly was shocked to be told it would be up to six weeks before he would be connected. But Patrick says it is only now – eight weeks on – that the ESB has written to him to confirm he can be connected.

“To say I am angry and annoyed would be putting it mildly really,” Mr Rahilly said.

“Rent is being paid, and there is no return being made at the moment. I do not have any income from this, and it is very frustrating.”

The businessman – who hopes to open the cafe as soon as possible – says he cannot understand why there has been such a long wait.

He said: “I am in the city centre. All the fittings are in place – the wires come in from the streets, so there would not have been a need for a new pole.”

When he put these claims to the ESB representative, he said that she did not give any answer.

“She was just reading from a script,” he said. Mr Rahilly believes he has potentially lost thousands of euro in missed sales, while he is waiting to employ three staff members for the cafe.

Referring to the ESB, he said: “I don’t think they realise how[this delay] affects us. I have had people ask me when my business is going to be opening. It is very unprofessional, and it is like a nightmare – I am stuck in limbo, and cannot do anything.”

Pat Kearney of Rooney’s Auctioneers, who let out the unit to Mr Rahilly, said he is aware of at least two other local business people in the city who have come up against delays in being connected to the network.

“Every person starting a new business should be given every support and encouragement to get it off the ground and create employment.

“It benefits the local economy, the local authority and the ESB who will be paid for their current,” the auctioneer said.

As a comparison, he said, new business owners in the USA can be connected in hours.

A spokesperson for the ESB denied connecting the shop would take six weeks.

“Mr Rahilly received a quote last week for a reconnection fee. We are just waiting for this. It is not a new connection. It will be done within the normal amount of time.”

Asked when Mr Rahilly initially made contact with the company, the spokesperson said: “I don’t have this information”.