Andy Lee ‘delighted’ to be named Limerick Person of the Year 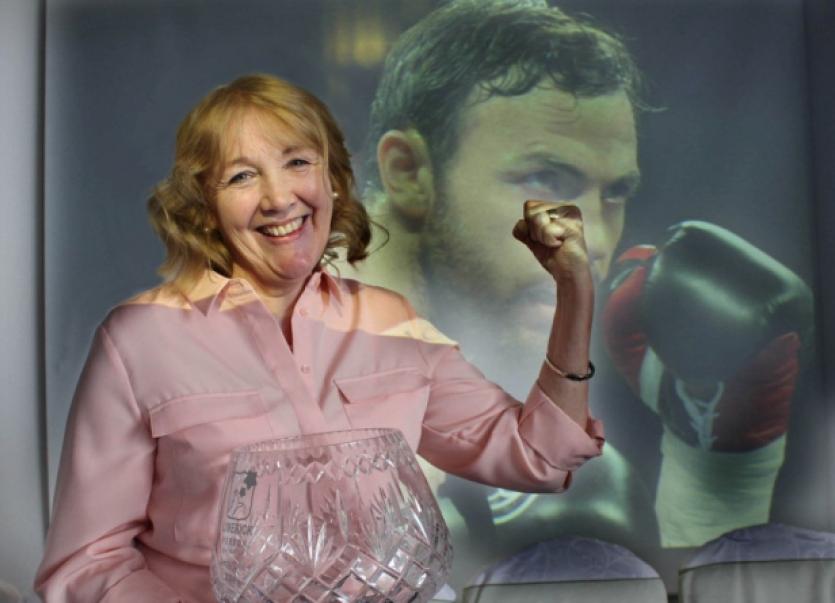 TWO of Limerick’s sporting heroes have been honoured at the Limerick Person of the Year awards for 2014.

TWO of Limerick’s sporting heroes have been honoured at the Limerick Person of the Year awards for 2014.

Middleweight boxing world champion Andy Lee was named overall person of the year from among the 12 nominees, while rugby legend Tony Ward was made an honorary Limerickman at the event, which took place in the Clarion hotel.

Speaking by video link from his training camp in Monaco where he is preparing for his upcoming world title defence on April 11, the Castleconnell boxer said it was “mind-blowing” to be named person of the year.

“I am just delighted to win this award,” he said.

He added: “I’ll see you all soon, hopefully back in Limerick after a successful defence of my title. Up Limerick!”

Accepting the award on his behalf, Andy’s mother Ann said that even though the boxer had been born in London, he always regarded Limerick as home.

“Limerick sees him as a Limerick lad and Andy considers himself a Limerick person,” she said.

“It’s not all bull when you hear him on about Limerick and going to Shannon and having the belt - that was a genuine dream. That’s Andy and he would have loved to have been here.”

Andy Lee was one of 12 winners of Person of the Month awards during the past year.

All were presented with special framed Limerick Leader front pages outlining their achievements.

Dave O’Hora of Southern - one of he sponsors, along with the Limerick Leader and the Clarion Hotel - said the award were about honouring “the most incredible, outstanding people who do the most courageous and outstanding things,”.

“Today is about recognising all our winners. This is not a competition - people didn’t enter, they did very different things in different walks of life; they were chosen,” he added.

Mr O’Hora also paid tribute to the Limerick Leader for “their interest and their enthusiasm for this event”.

“It is great to have a local newspaper that actually cares about where Limerick goes and is positive and willing to be involved”.