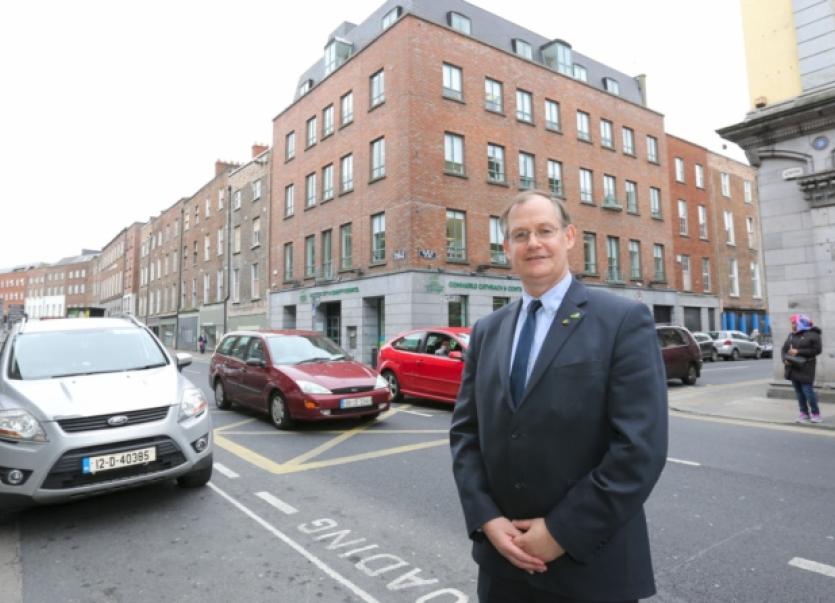 THE long-awaited redevelopment of the Opera Centre site could have the same impact on Limerick as the building of the IFSC did on Dublin, the LIT president has said.

THE long-awaited redevelopment of the Opera Centre site could have the same impact on Limerick as the building of the IFSC did on Dublin, the LIT president has said.

The president of UL, a major partner in the initiative, has also given the news a big welcome, as have other local leaders.

LIT’s Dr Maria Hinfelaar was speaking after the redevelopment of the Patrick Street site took a huge step forward, with Limerick City and County Council - which bought the land for €12m in 2011 - confirming it is seeking expressions of interest for its redevelopment.

The council is looking for the 2.8 hectare site developed for a mix of office, educational, retail and residential uses, with UL already confirming it is to locate two departments on a land once earmarked for a shopping centre.

University of Limerick president Prof Barry said: “We will eagerly await the outcome of the council’s competitive process so that we can work with the Council and the winning consortium to advance the exciting educational and accommodation projects we have proposed to contribute to Limerick’s renaissance.”

Hailed as the biggest city centre renewal project outside Dublin, the council says the “€80m to €100m” scheme will create 3,000 jobs when complete, with 300 in the construction stage.

UL, LIT and Mary Immaculate College have agreed to provide an accommodation facility for 350 students. Meanwhile, there will be office accommodation for around 900 Revenue staff who will move from Sarsfield House.

The IFSC created 14,000 jobs in Dublin, and Dr Hinfelaar said: “This is a watershed moment, as it paves the way for one of the most significant investments ever in an urban centre”.

Meanwhile, there will be office accommodation for around 900 Revenue staff who will move from Sarsfield House.

Dr Hinfelaar said: “This is a watershed moment, as it paves the way for one of the most significant investments ever in an urban centre”.

The announcement comes almost a decade after the Patrick Street site was readied for a “shopping mecca” which never got off the ground.

At a press conference on Friday, council CEO Conn Murray confirmed the UL’s departments of clinical therapies and architecture will have a presence on the site, while LIT is committed to establishing a strong educational presence at the site, with over 500 students to be located there, it is understood.

UL said its School of Architecture would develop “very visible design hub in the city centre”, including design teaching studios, an exhibition and design activity space and an incubation centre.

“The Department of Clinical Therapies will develop an inter-professional, community-based practice to allow CT staff work with the people of Limerick to deliver health and well-being programmes to community groups.”

There is also a projection for low-scale retail on the site, with the emphasis on independent shops. It is envisaged this scheme will be funded through a mix of public and private investment.

Mr Murray said he was confident that investors will come forward by the deadline for expressions of interest on April 29.

“We are well aware of the level of interest which has existed in Limerick for the last 18 months. On and off there have been discussions, but we could not really enter into it for procurement purposes until now,” he said.

“We have been waiting for quite some time, and I know people have had to have patience with us. But significant work has been ongoing on the ground. This is for me, the most important transformational project which can be a catalyst for the remaining projects (in Limerick 2030).”

It is anticipated the process of selecting a joint partner could take up to a year, with construction due to start in 2017. Mr Murray said that although it could be five years until it is complete, he hopes a partner would aim to have it finished much sooner.