Limerick has potential to be ‘startup capital’ of Ireland 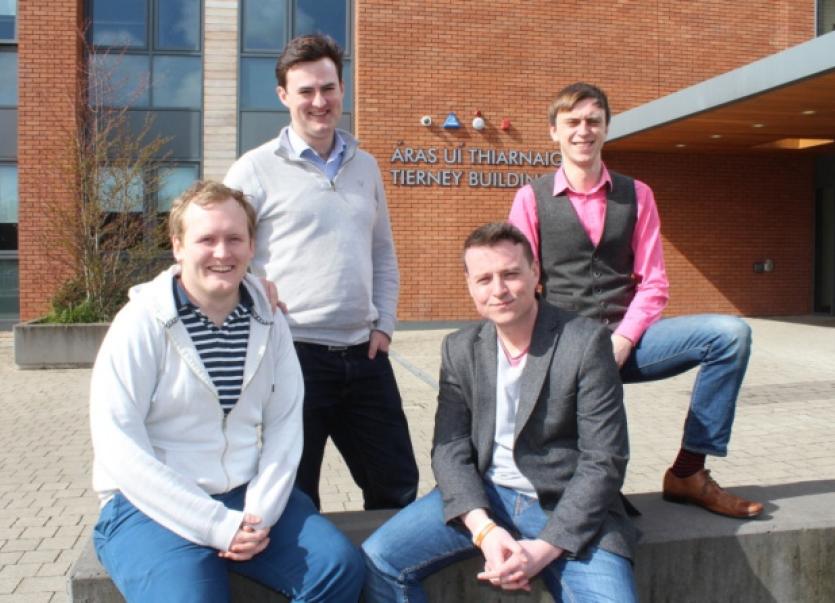 “BE prepared to hustle and convince people that your idea is solid,” Shane McCarthy tells a room full of entrepreneurship students in UL.

“BE prepared to hustle and convince people that your idea is solid,” Shane McCarthy tells a room full of entrepreneurship students in UL.

The BlueChief Social founder is selling the notion of the Startup Weekend that he and a number of others have founded and are intent on growing. As well established business people, they are aiming the pitch at students also.

“This is an unbelievable opportunity for young people to get involved in start-ups and test your ideas,” he adds, to a round of applause from the students and a sage nod from lecturer Dr Naomi Birdthistle of the Kemmy Business School, who tells the class that the event would be a great way to distinguish their CVs, pitch ideas and show how networking is important.

Shane, together with business partner Stephen Dunworth and fellow entrepreneurs Peter Hunt and Kieran Normoyle, are the key drivers behind the second Startup Weekend that will take place in Limerick this April 10-12. The event is a 54-hour conference where developers, designers and business development people come together to pitch an idea and hopefully launch a new business.

Backed by Bank of Ireland and the Nexus Innovation Centre in UL where the quartet are based, it aims to “churn out” several companies that will go forward to work on accelerate programmes.

But ultimately this passionate, energised quartet - Shane from Granagh, Stephen from Ballingarry, Peter from Killaloe and Kieran from Fanningstown - want to continue to energise and stimulate what they call the ‘startup ecosystem’ in Limerick, one that is growing all the time.

“The idea came from us visiting a startup weekend in Dublin last June, and we saw the energy and the focus around the startup ecosystem there,” says Shane of the idea for the first Limerick Startup Weekend, which ran in November.

“The event was unbelievable - the amount of people, the innovative ideas, the way Google sponsor it, the investors who turned up - and we thought it would be a hugely valuable one to bring to Limerick.

“The core ethos of the weekend is to develop startups, to get people talking about startups, to test ideas in a short period of time and then getting people to build their own startups.”

All four of these men are graduates either of LIT or UL and already strong entrepreneurs in their own right, not least Normyle, a product designer who has tasted success in the James Dyson Awards and also came through the Startup Weekend himself. Stephen has some advice for those coming to the next event, one of many they hope will take place this year.

“An important thing to remember for participants that are coming with an idea, it has to be almost half baked - there can’t be work done on this idea previous to Startup Weekend,” he says.

“It is coming in its infancy, and that is really important.”

“The first weekend only produced one or two companies, and they are here in Nexus. We had 32 attend. Basically, as we are now, we are very close to having full numbers, in comparison to the first weekend, and we have two weeks to go. That is very positive,” says Shane.

“Our goal now is 150 people - because the more people that can see that energy, the more advocates we have for the event.

“I would hope three or four startup companies churn out of this one and have more coming into the next one.”

The events bring together entrepreneurs of different backgrounds, Stephen explains, including software developers, marketers, designers, and other enthusiasts.

Over the 54 hour period, the prospective startups must pitch their ideas, with the weekend culminating in demonstrations in front of an audience of judges and potential investors. The drive, Shane says, is about “developing a startup ecosystem in Limerick”.

“To me, an ecosystem is a geographical area, where people with a common interest come together and engage and collaborate,” he says.

“We took it on ourselves about two years ago that we needed to get more vibrancy into the startup scene, we needed more events, more engagement between the SME, multinational sectors, Government and the start-up scene.

“We have people coming from Cork, Dublin and Galway to attend this event, which is brilliant for Limerick. This wasn’t there two years ago and we are proud of that.”

From small beginnings, great things grow, and in the last two years alone, he says, up to 60 or 70 startups have bloomed.

“Limerick is an epicentre for startups. I am going to be cheeky and say we have the second best startup scene in Ireland,” he laughs.

“The chances of startups being more successful now in Limerick, based on two and a half years ago in my mind, has increased 1,000%,” he says.

“If we can keep the passion and the excitement going and the conversation going, hopefully we will have another 100 people like us coming along in the next two years that want to build global companies from Limerick. And if we do well, then we will put Limerick on the map with other global tech-hubs.”