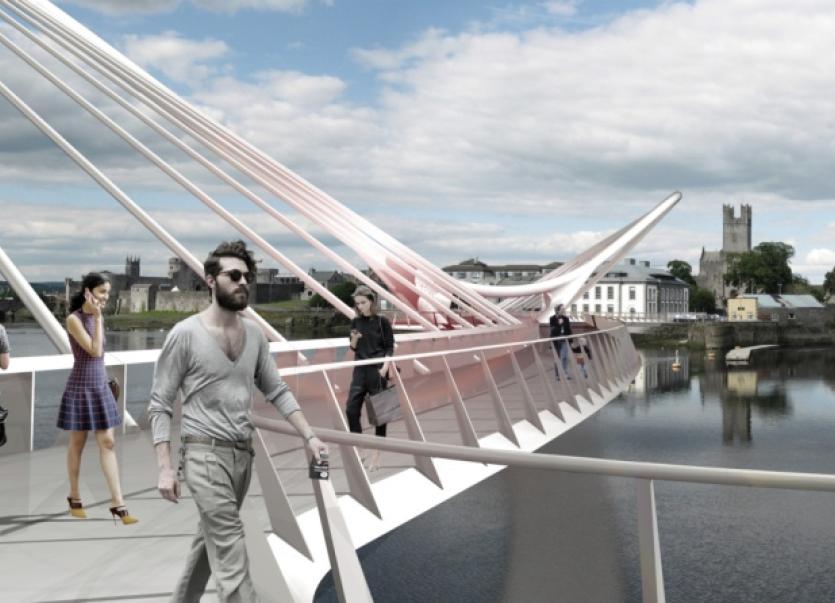 A PROPOSAL for a footbridge in Limerick has been likened by a city barrister to something which former Romanian leader Nicolae Ceaușescu might build.

A PROPOSAL for a footbridge in Limerick has been likened by a city barrister to something which former Romanian leader Nicolae Ceaușescu might build.

Emmett O’Brien, also an Independent councillor, said the bridge is “a vanity project, a Ceaușescu project”.

The communist leader of the eastern European nation - overthrown in 1989 - built a huge palace and replica of the Champs-Elysees in Bucharest, knocking tens of thousands of homes in the process.

Of the proposed bridge, Cllr O’Brien said: “It is a Ceaușescu project: it is there to inflate somebody’s ego, it is completely unnecessary. Locals have not been consulted about it.”

He said with 5,000 people on the waiting list, and the county’s roads needing work, he finds it difficult to accept this footbridge.

In addition to this, Limerick City and County Council has also earmarked capital spending on the Hanging Gardens site on Henry Street, the Opera Centre project on Patrick Street, and the former Cleeve’s factory.

While Cllr O’Brien believes some intervention by the local authority is necessary, given the market, it has to ask itself a serious question.

“Limerick City and County Council needs to make a decision: is it a property developer for Ceaușescu style projects? Or is it engaged to promote business, and stimulate growth in the city? Or are we just going to have stainless steel, glass and shiny buildings which might look good on a postcard, but are completely redundant,” he asked.

Cllr Gilligan made the point the bridge will run close to the Sylvester O’Halloran bridge over the Potato Market.

Instead of building a new walkway, the Independent councillor believes opening that up 24-hours a day would be a better idea.

“Why should we have a bridge running parallel to the existing walkway? It is not bridging a river. We already have a bridge over the river. Leave the [Sylvester O’Halloran] bridge open. Small things like that would do the exact same thing,” said the Island Field-based member.

Instead of sinking €18m into this bridge, he says removing the dump beside King John’s Castle - and the “glass box” which houses its entrance would be a better idea.