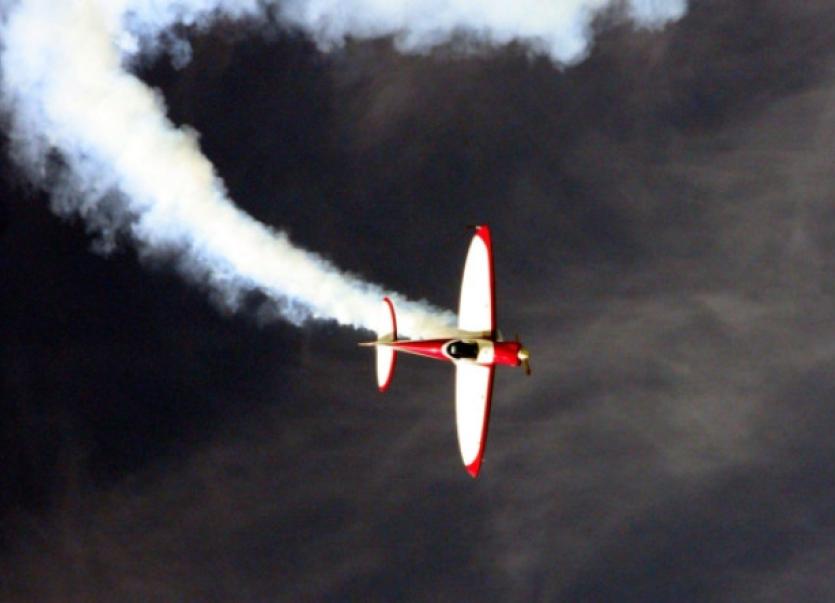 The organisers of last year’s successful air show in Foynes are hoping to stage a similar event in 2015.

The organisers of last year’s successful air show in Foynes are hoping to stage a similar event in 2015.

Over 20,000 people attended last July’s air spectacular which featured some of the world’s top air display teams as well as a range of ancillary entertainment.

The two-day event was held to mark the 75th anniversary of the first commercial transatlantic flight into Foynes.

Although originally planned as a one-off, the response was so positive that the organisers are now planning a one-day air show this summer.

At this week’s meeting of the Adare-Rathkeale municipal area, Margaret O’Shaughnessy, director of the Foynes Flying Boat Museum made a presentation to councillors outlining their proposal for the event.

“We felt Limerick county needed to have a major event of international standard,” she told councillors.

Ms O’Shaughnessy pointed out that such an event would benefit not just Foynes but all the surrounding towns and villages.

The estimated cost of running the air show would be in the region of €140,000, of which the organisers are seeking €50,000 from Limerick City and County Council. The remainder of the money would be generated through sponsorship.

Last year’s event cost €115,000, with sponsorship provided by the Limerick City and County Council, Shannon Airport Group, aviation companies, the Department of Arts, Heritage and the Gaeltacht and the Flying Boat Museum. The overall spend by visitors over the weekend was estimated at over €1m.

Other benefits to the local community included over 200 bed nights booked directly by the organisers with local hotels and B&Bs, an increase in business for local traders and a extensive coverage in local and national media.

Ms O’Shaughnessy acknowledged that there had been some problems with traffic congestion but said that lessons had been learned from this and that similar issues would be avoided in future shows.

The one-day event is expected to take place in either July or early August at a date to be determined.

“It is something that would really put us on the map, not just at home but overseas too,” Ms O’Shaughnessy pointed out.