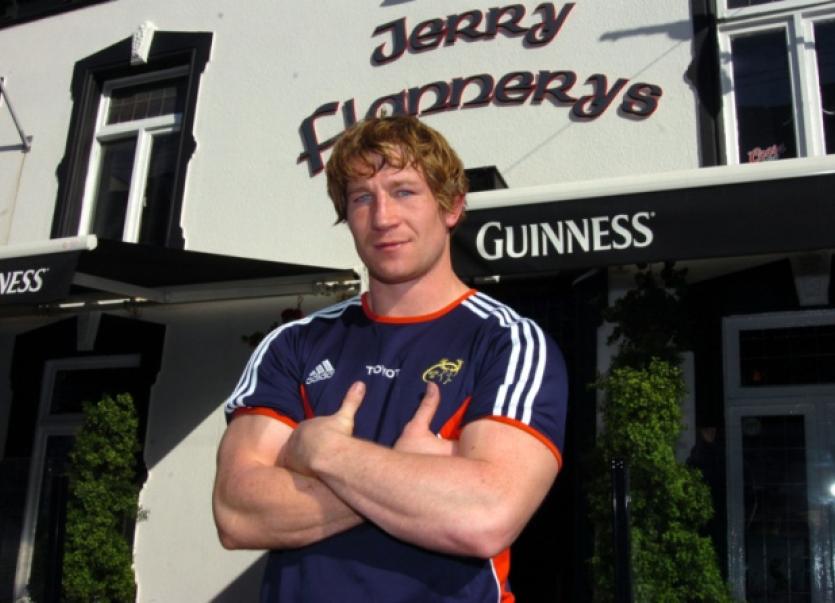 WITH Peter Clohessy’s pub consigned to the Sin Bin, Munster rugby coach Jerry Flannery is seeking to expand his own operation in Limerick city.

WITH Peter Clohessy’s pub consigned to the Sin Bin, Munster rugby coach Jerry Flannery is seeking to expand his own operation in Limerick city.

The publican and former Munster rugby player, now a coach, has applied for planning permission with Limerick City and County Council to develop a vacant building next door to his popular Catherine Street premises.

Lodged on October 10 last with the planning office, the file states that he hopes to renovate and alter the existing premises, and change the use from retail to a public house incorporating a late night venue at 14 Cecil Street.

While Mr Flannery was unavailable to answer calls from the Limerick Leader this week, it is understood that he does not plan to apply for a dance license in the premises and is seeking to develop a city centre music venue.

The upstairs part of the premises would have a capacity for 120 people, while the downstairs could accommodate a further 220 people, according to plans.

A decision is due by the council on December 4 next. No submissions or objections have been lodged to date against the plans, according to the online file, which is also available to inspect at the council’s planning office at 5 Patrick Street.

The 36 year-old former hooker with Munster and Ireland, who retired in March 2012, returned to Munster as scrum coach when Anthony Foley’s backroom staff were announced this May.

While a receiver was appointed to Peter Clohessy’s bar on Howley’s Quay just last month after 13 years in operation, Flannery’s on Catherine Street - one of four pubs in Limerick bearing the Flannery name - has a much greater provenance and was established in 1969.

In recent times, Flannery hit the headlines when he suggested that if men improved their social skills and washed regularly “then they may not have to pay for sex” from prostitutes in the city.