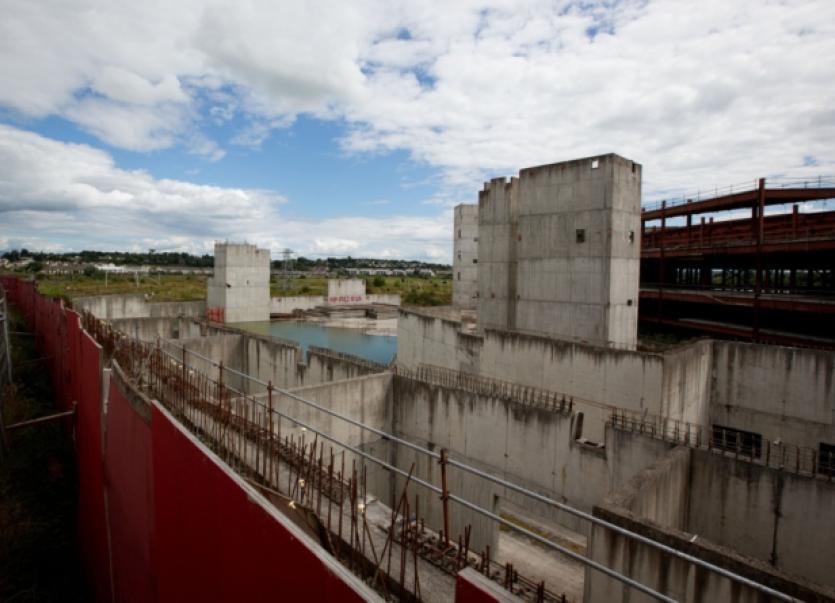 A CALL has been made to knock the part-completed Parkway Valley site and turn it into a park for the community.

A CALL has been made to knock the part-completed Parkway Valley site and turn it into a park for the community.

Permission is in place until 2016 to develop the Dublin Road land into a retail centre.

It was confirmed in August last year that Marks and Spencer is ready to move on the site, owned by Belfast developer Suneil Sharma.

He wants to rename the site the Horizon Mall.

However, almost a year on, there has been no action on the partly built site, leading to calls for it to be knocked and restored to green space.

At a meeting to discuss the local area plan for Castletroy, Anti-Austerity Alliance (AAA) councillor Paul Keller - who lives in the adjacent Castletroy View estate - said: “It is an act of vandalism on the landscape”. “The Parkway Valley is an eyesore, full of broken fences, steel and concrete. It is a nightmare for local people, due to the drinking, and anti-social behaviour which now takes place around the site,” continued the City East councillor.

Cllr Keller called for the structures to be removed, “as it is surplus to requirements”.

His colleague, northside councillor Cian Prendiville pointed out that in allowing retail take place on the site, the council was adopting a local area plan which is in contravention of the city development plan.

This prevents any large scale retail operating outside the city centre.

He suggested the site be converted into a community park.

“We need to come up with a plan for it to be brought back into public ownership. Can we not develop it as a county park as opposed to a public shopping centre,” Cllr Prendiville asked.

He was told by Cathaoirleach Kevin Sheahan that through the lifetime of the development plan, alterations will be permitted.

Labour councillor Elena Secas asked what the current situation is.

Council official Gerry Sheeran acknowledged there is a “discrepancy” in the local area plan.

But he pointed out that when the Parkway Valley project was first mooted in the early 2000s, the plans in place at the time would have allowed for it.

At the time, he said, the City Council had not foreseen a problem with the proposal, because it did not have any more space for large shopping centres in the urban area.

“For the sake of consistency, it would be better if it [the land] was not zoned as retail,” he said, “The council sought legal advice on this, and were told that if substantial works are to be carried out on a project, then we had no option but to grant an extension of permission,” he said.