Call for three months of free parking in Limerick city 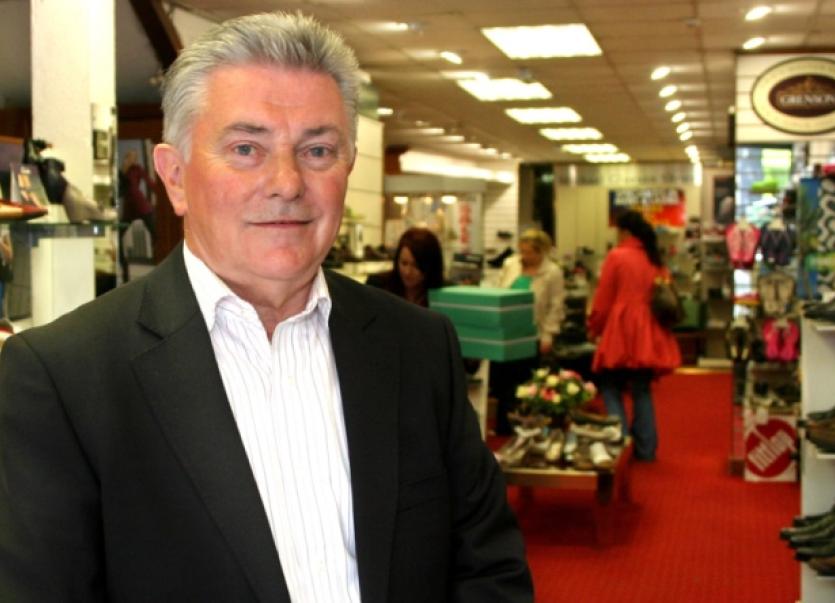 LONG serving Limerick city trader Michael Gleeson has warned that businesses are “in the intensive care unit” - and the only way forward is introduce free parking for three months.

LONG serving Limerick city trader Michael Gleeson has warned that businesses are “in the intensive care unit” - and the only way forward is introduce free parking for three months.

The William Street businessman has also expressed worries that the new crop of Metropolitan councillors are not well versed in the troubles facing local shop owners.

Mr Gleeson, of Michael Gleeson’s shoes, said he believes businesses would happily come forward to subsidise an initiative to have free car parking in the city’s car parks for August, September and October.

“It may sound ridiculous, but it can be done,” he said.

“We have to be able to say loud and clear: Free Parking in Limerick. Let’s be the first city in Ireland to give it a try. It would be the best advertising ever for Limerick.”

Mr Gleeson had prais for the City and County Council and various other bodies for the initiatives in the city at present, including the various festivals and City of Culture.

But he said these rarely bring extra footfall to streets like his, which he claimed has experienced a 50% fall in trade over the last five years.

“While there are some very good ideas, something needs to be done immediately. Businesses in Limerick are in the intensive care unit, with a lot of people on the brink.”

Mr Gleeson, who has 50 years business experience in the city, welcomed the new 21 Metropolitan councillors.

But he said: “We need them to familiarise themselves with the city centre. Having looked at their various agendas, I did not see any of them mention the problems of the city centre. I would call on the Mayor, Cllr Michael Sheahan, and the Cathaoirleach, Cllr Kevin Sheahan, to put their forces together and to think of Limerick”.

Mayor Sheahan is a chairman of the Milk Market Trustees, a position he says gives him a unique perspective on the problems city traders are facing.

But like many other councillors, he is based in the suburb of Monaleen.

This is a concern for Mr Gleeson, who said: “Most of the metropolitan councillors are based in the suburbs. Very few are based in the city centre which worries me. I wonder if they are familiar with what is happening in the city. The loss of jobs has been drastic.”

At present, the only city centre-based members are Cllrs Maria Byrne, living on O’Connell Avenue, and John Loftus, based at Lower Glentworth Street.