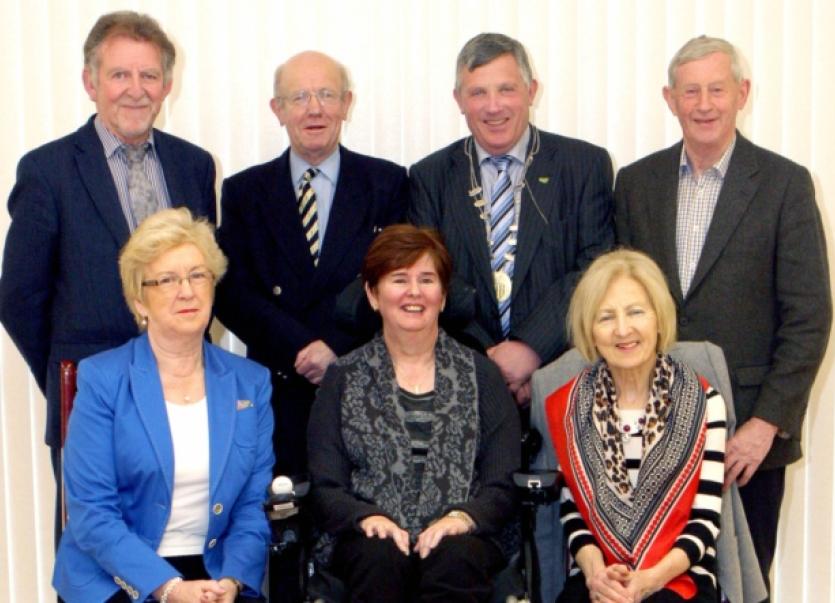 THE WET winter took a huge toll on our roads but the restoration maintenance allocation in the Castleconnell electoral area is down 25 per cent on last year.

THE WET winter took a huge toll on our roads but the restoration maintenance allocation in the Castleconnell electoral area is down 25 per cent on last year.

The grant allocation for road reconstruction and surface restoration works is the same as 2013 at €1,081,200. However, since the start of the recession that funding has reduced steadily year on year by 10 per cent.

John Sheehan, executive engineer of roads, gave a presentation to councillors at the monthly meeting in the Millennium Centre. Normally these are held in County Hall but Cllr Eddie Wade proposed the move to showcase the recently extended and refurbished community centre. It is the second last meeting of the Castleconnell electoral area.

Part of it will go in to City East and the remaining is joining Cappamore/Kilmallock. Of the seven councillors, Michael Sheahan will be running in City East while Noel Gleeson, John Egan and Brigid Teefy will be contesting the local elections in Cappamore/Kilmallock. Cllrs Mary Harty, Mary Jackman and Eddie Wade are stepping down.

“A lot of projects could do with it. We did our best to spread it out as best we can,” said Mr Sheehan. The biggest amount, €30,000, will be spent in Cappamore village with the money earmarked for footpaths, traffic calming and road markings.

With the new library in Cappamore work will be done to ensure locals can get safely to the brand new facility.

The rest of the €70,000 is for improvements in Castleconnell village, Milford Grange / Elm Park, LP1113 Peafield Road, Doon village, Ahane and Caherline. A footpath is to be constructed in Caherline as there is an issue with traffic.

“Numbers have increased substantially in the school,” said Mr Sheehan. Staying with schools, the engineer announced that a new junction box will be painted outside the CBS Primary School in Doon as the “double yellow lines have not been effective”.

Under specific improvement grants low cost safety schemes are planned for the R512 at the Four Elms, Drombanna and on the R506 at Biddyford, Lisnagry, near Ferenka.

“There have been quite a number of accidents there including a fatal accident in 2009,” said Mr Sheehan. €50,000 has been made available to realign the R506 to improve safety for residents. While in Drombanna, €20,000 is being spent to improve the safety for patrons travelling to the junction from Bushy Island.

Councillors praised the work being done but bemoaned the lack of funding calling it “loaves and fishes”. The meeting ended with Cllr Harty inviting everyone to Passion 2014 in Nicker.