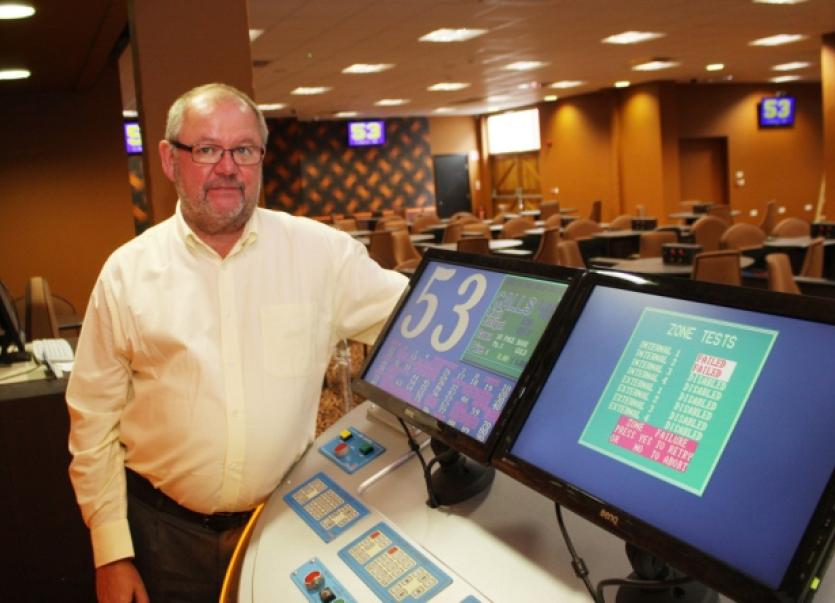 A NEW complex for bingo fans is set to open its doors to the public next week, in the new Parnell Plaza entertainments venue.

A NEW complex for bingo fans is set to open its doors to the public next week, in the new Parnell Plaza entertainments venue.

The city’s newest bingo venue, which can up hold up to 404 seats, is situated on the upstairs of the new building, on Parnell Street. It will open on Thursday, September 26, at 6pm, according to management.

Chief executive Nigel Rowley told the Limerick Chronicle that the bingo evenings will provide entertainment for people in the city centre.

“We are only going to open four nights a week, but the bingo is a cheap night out. Take your Saturday night - two people are able to play some bingo for €20 for the night, from seven o’clock onwards. Effectively it is €10 each. There is another place in Limerick with bingo, and there has always been a strong tradition of bingo around the place.”

He said the “luxurious” room requires more finishing touches after 11 months of construction, but it will be one of the highlights of the business.

“The whole point of the Parnell Plaza is that it’s an entertainments venue. We have the casino as well. We have the Vero restaurant. It’s real food, which is prepared by real chefs, and not just done in the microwave, you know.

“It’s luxuriously furnished; there’s nice carpet with a nice surrounding. There’s state-of-the-art equipment. It’s just all really nice. I think it’s very important for customers to get a good service. We have loads of regular seats, but we also have seats for people with disabilities, which is important,” he added.

Manager Patrick McCullough said the venue is designed to cater for the high demand for quality evening entertainment in Limerick city.

“We hope to get as many customers as we can get. It’s a new facility for them, and it will be good for this side of the town,” he said.