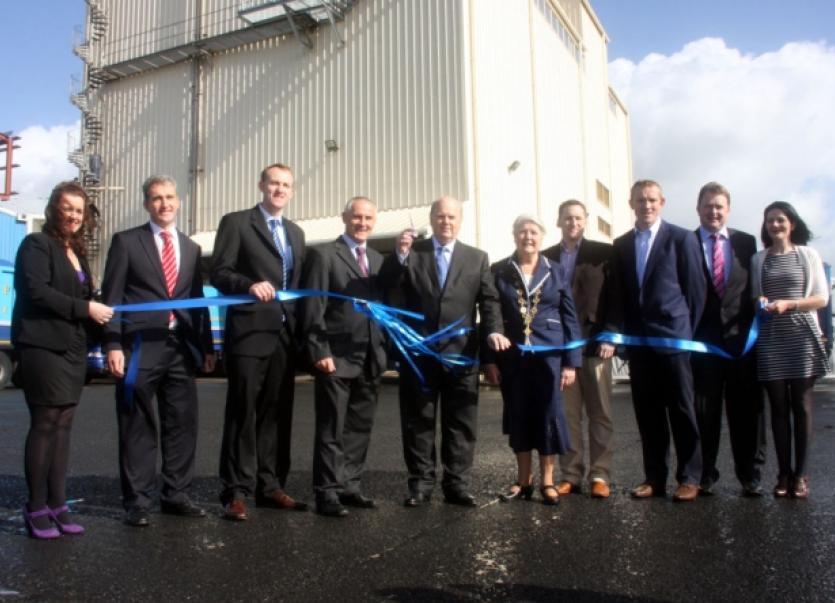 A FOURTH generation family firm in the city has officially opened a new €3m manufacturing facility on the Dock Road.

A FOURTH generation family firm in the city has officially opened a new €3m manufacturing facility on the Dock Road.

Roches Feeds, one of Ireland’s largest manufacturer of animal feeds, this Monday threw open the doors at its new manufacturing facility.

Finance Minister Michael Noonan was on hand to cut the ribbon, in a move which creates ten additional jobs in the agri-food sector.

And ten more will follow in the coming years, bosses at the company said.

Suppliers and staff of Roches Feeds, as well as local business representatives were at the company’s plant this Monday for the opening.

Roches began life in 1879. Initially operating from William Street, the firm moved in 1967 to the old Limerick Tannery in Mulgrave Street.In 1995, it moved to its present site.

But the manufacturing facility it had in place could only cope with 28,000 tonnes of feed, serving the farming community of Limerick, Clare and Tipperary.

Since the 1990s, the firm has expanded to produce more than 180,000 tonnes of feed covering three provinces - and its facilities have grown in line.

Addressing the audience, company chief executive Bobby Roche said: “The brand name is synonymous with some of Ireland’s leading dairy producers, beef finishers and sheep producers. We have provided over 140,000 tonnes of feed for the first eight and a half months of this year, and we project we will provide close to 190,000 for the full 12 month period.”

Mr Noonan paid tribute to the Roche family for keeping their business alive.

“You think of Ranks, Clunes Tobacco, O’Mara’s Bacon. They are all gone. But since 1879, the Roches name has continued, and it is now in the fourth generation. This is a great tribute to the Roche family down the generation,” he said.

Mr Noonan said the expansion represents a “vote of confidence” by the Roche family in farming, and the agri-business as a whole.