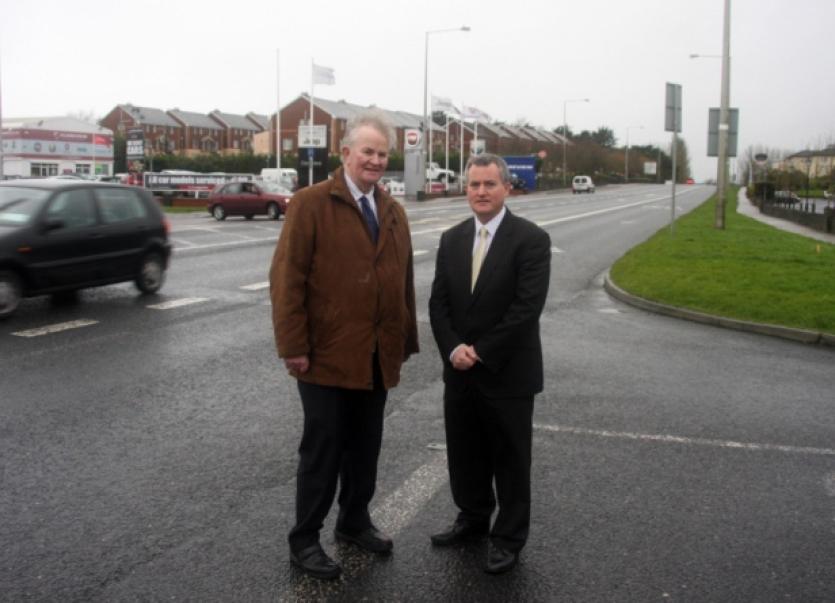 COUNCILLORS have criticised city engineering officials after plans to erect traffic lights in Thomondgate were shelved.

COUNCILLORS have criticised city engineering officials after plans to erect traffic lights in Thomondgate were shelved.

At this week’s northside area meeting, Cllr Tom Shortt requested an update on the progress made concerning the installation of traffic and pedestrian lights at the end of Thomond Bridge.

In response, Rory McDermott told him the provision of lights is “not warranted”.

Instead, he said funding for a zebra crossing there would be sought next year.

Councillor Cormac Hurley, Fine Gael, said he has “always been an admirer of Rory’s”, “but I do not go along with this.”

Bur Cllr Shortt said he would respect Mr McDermott’s professional opinion, and he would “buy in” to the zebra crossing idea.

But one part of the northside is to be lit up.

City Council has put a contractor in place to install new traffic lights and pedestrian crossings at a busy northside junction.

The traffic control measures are to be installed at the junction of Caherdavin Lawn, Inagh Drive and the Ennis Road, in Caherdavin.

Cllr Hurley and Deputy Kieran O’Donnell have both been campaigning for the installation for some time.

Mr O’Donnell said: “I am very pleased that this work is now going ahead. This particular junction has been an issue for a long period of time. The work involved will see new traffic lights and pedestrian crossings installed. It will link the two sides of Caherdavin and make a huge difference to residents. “

Mr O’Donnell said it is hoped that the work should be complete in less than seven weeks, with the traffic lights and in use by December.

“It means that people and cars will be able to safely access the Ennis Road and also cross the road,” he said, “The Local Authorities have confirmed to me that the tender process has been completed and a preferred contractor has been appointed. The work should be completed in seven weeks.”