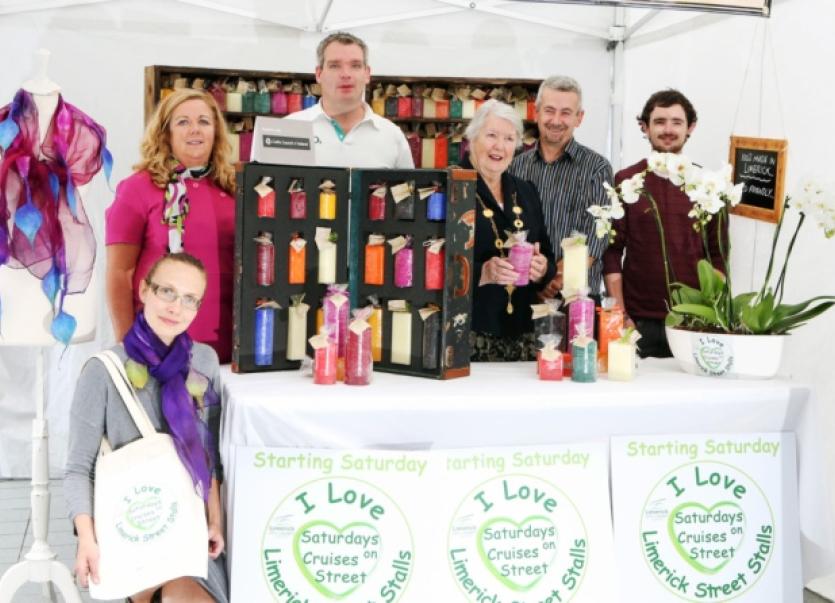 TRADERS on Cruises Street have welcomed plans to launch a new weekly street market from next week.

TRADERS on Cruises Street have welcomed plans to launch a new weekly street market from next week.

The market, which is supported by Limerick city and county council will be made up of 16 new stalls, which will operate between 9am and 5.30pm on Saturdays.

“I think it’s going to draw footfall onto the street and it’s going to be a very very positive thing because at the moment the street is very quiet and this is a fantastic opportunity for all the stores to gain from it,” said Mark Addie of 02 Ireland, which has a store on Cruises Street.

“We’re very excited about it. I think it will definitely bring extra footfall to the street and that alone will be brilliant for the shops on Cruises Street and it’s badly needed,” she said.

Former Dell worker, Tom Bromell who established Homeland Candles in 2009, will be selling hand-crafted candles at one of the new stalls.

“In my opinion, as a Limerick man, Cruises Street is a street that has failed. I’m 100% behind the concept of the pot tents, the home produced stuff of a certain quality and I think Cruises Street lends itself to that,” he said.

Tom Enright, director of economic development and planning at City Hall says the local authority has received fantastic support for the initiative.

“We are very grateful to the existing retailers on Cruises Street and to the trustees of the Milk Market for co-operating with us on this project,” he said.

All of the stalls, which will be green in colour, will be supplied to traders by Limerick city and county council, which will also have staff on the ground every Saturday.