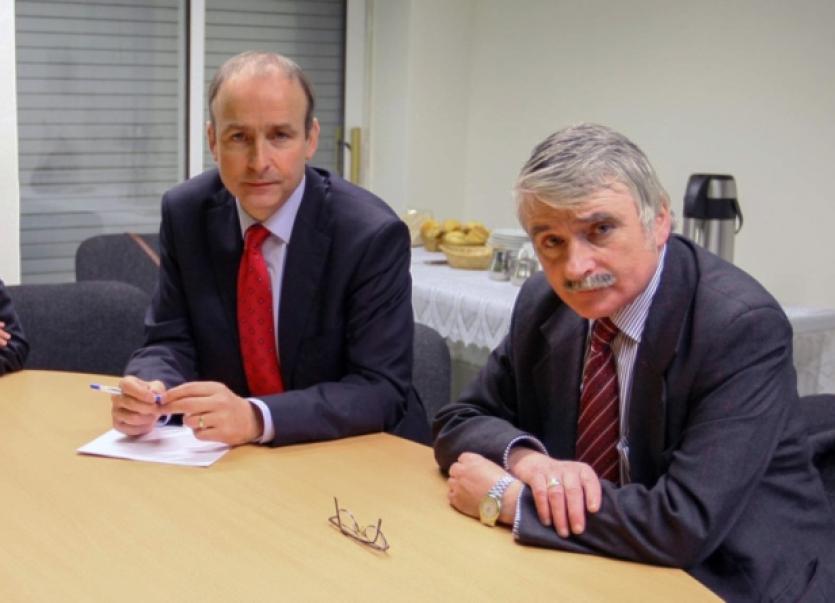 But Limerick Fine Gael TD Patrick O’Donovan has accused Deputy Martin of a “scurrilous attack” on Shannon and challenged Limerick’s Fianna Fail TDs to state whether they agree with Deputy Martin that Shannon’s incentives to airlines amount to “a race-to-the-bottom”.

But the general trend recently has seen Shannon gain services while airlines have been cutting back in Cork, leading many on Leeside to express concerns Shannon will overtake Cork. Irish Aviation Authority figures from January showed there were 1,253 commercial terminal movements in Shannon (up 6.4%) compared to 1,246 in Cork (down 16.3%) that month.

Speaking the Dail, Mr Martin – a TD for Cork – said “I believe we can trace this back to the decision in 2012” when Shannon was made independent of the DAA and its debts written off while Cork was left within the DAA without any such debt relief.

“The reconstitution of Shannon Airport under a separate State company with Shannon Development and the rental revenues that flow from Shannon Development have put Shannon in a strong competitive position. Good luck to Shannon in that regard. Its debt burden has also been written off to the tune of €100 million. Essentially, it is in a position to offer far better prices to airlines than Cork Airport. This is not something I am saying; officials of the Dublin Airport Authority are saying it.”

He said he had “no doubt” that Michael Noonan had been more influential than his Cork-based ministerial colleague Simon Coveney in bringing this situation about.

The result was that, for Ryanair alone, 100,000 passengers who were going through Cork were now going through Shannon, Mr Martin claimed. The discounts, marketing payments and other incentives Shannon was now able to offer airlines amounted to a “race-to-the-bottom”.

But an unimpressed Deputy O’Donovan commented: “The growth in passenger numbers at Shannon Airport is a success story. But Micheal Martin doesn’t think so. He told the Dáil that the business model adopted by Shannon Airport is a ‘race to the bottom’. Fianna Fáil TDs in the Shannon and wider Mid-West region now must tell us if they agree with their leader and his attack.”