Record numbers turn out for the Great Limerick Run 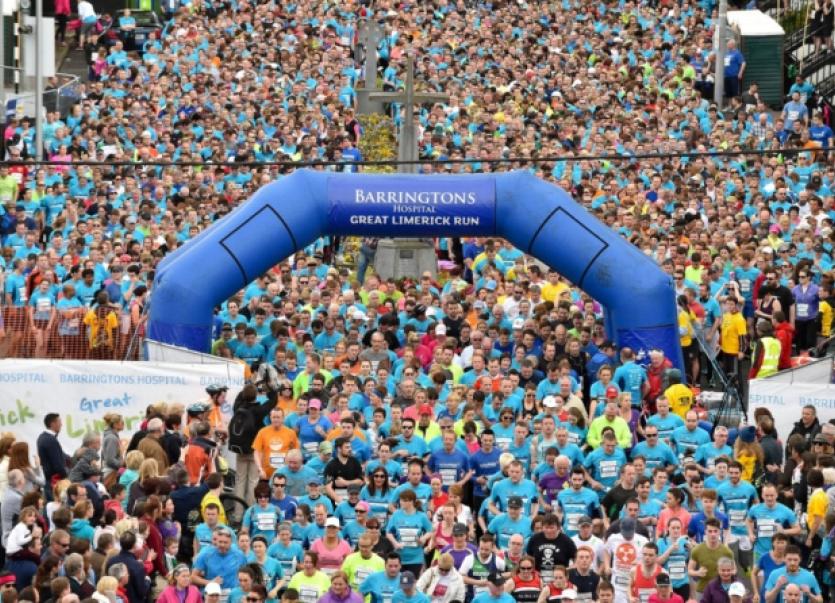 A TORRENTIAL downpouring of rain did not stop record numbers taking part in the sixth annual Great Limerick Run.

A TORRENTIAL downpouring of rain did not stop record numbers taking part in the sixth annual Great Limerick Run.

More than 13,000 people took part in the Barringtons Hospital sponsored event - which saw a full marathon, a half-marathon and a 10km run take place on Sunday. And tens of thousands of people lined the city centre streets to cheer on the athletes.

They were joined by an army of over 800 volunteers who helped the runners along the route, and handed them refreshments as required.

The winner of the 26-mile marathon was Kenyan national Freddy Keron, who stormed to the finish line in just two hours, 26 minutes and 38 seconds. Despite this, the 28-year-old admitted he was disappointed.

It was the second time Freddy had taken part in the Great Limerick Run, having also triumphed three years ago.

“The course was hard, because it was kind of windy and raining,” he added.

Freddy’s fellow countryman, Lezan Kimutai missed out on retaining his Great Limerick Run title by just under 30 seconds, while the first Irishman at the finish line - in the heart of O’Connell Street - was Wexford’s Tom Hogan.

Sixmilebridge athlete James Liddane was the first local man to complete the gruelling course, recording a time of two hours, 39 minutes and 42 seconds.

Tullamore’s Pauline Curley won the women’s marathon in a time of 2:28:49, while the first Limerick man to finish was Mike Lynch, who hails from Lisnagry.

“It is great to finish so high up in my home town. It was windy, with a few hailstones, but not too bad,” he said, “You can go all over the world to do a marathon, but there is no place like your home town.”

Peter Somba and Aoife Cooke were first home respectively in the half marathon while the ‘Under-trained and over-confident’ team won the marathon relay.

Sean Hehir was first man home in the six mile or 10km event in a time of 30:29, while Catherina McKiernan was first, a split second ahead of Limerick athlete Orla Drumm, from Ballyclough, who finished second in the 10km event.

The day before the three main races, the University of Limerick had played host to a health and fitness expo, plus a special run for children.

Cllr Joe Leddin, who co-organises the event, said: “There is a real buzz in O’Connell Street, and it really gives you a sense of pride.”

- For more coverage see the weekend editions of the Limerick Leader