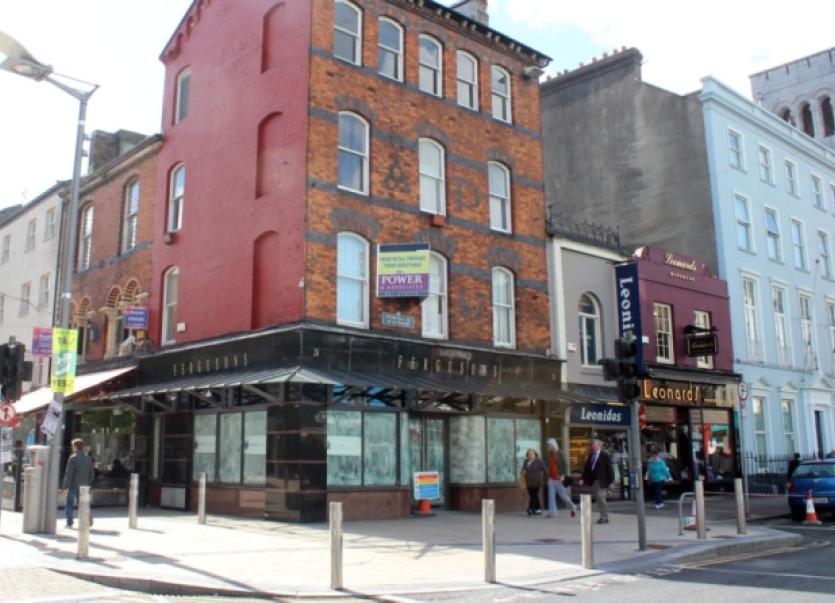 THE Limerick tourist information office is to move into the former Ferguson’s pharmacy unit, right in the heart of the city centre.

THE Limerick tourist information office is to move into the former Ferguson’s pharmacy unit, right in the heart of the city centre.

Failte Ireland has confirmed the tourist office will move from the entrance of Arthur’s Quay park to the prime unit, at the junction of O’Connell Street and the pedestrianised Thomas Street.

And there is further good news for the city, after Permanent TSB confirmed it is opening a branch in Limerick’s main thoroughfare.

It means another derelict unit in O’Connell Street will get a new lease of life, with the lender set to open at the former ACC Bank unit, which closed around ten years ago.

They will merge this unit with the neighbouring Art and Hobby shop, which closed a short time ago.

The chairperson of the Limerick City Business Association Helen O’Donnell has welcomed the tourist office’s move to a unit which has been largely empty since 2009 when Ferguson’s, which had traded in the city for almost 70 years, fell victim to the recession.

“A lot of companies looked at the area, and unfortunately the floor space and the fire certificate went against a lot of people setting up there. There were many people who were interested in this site,” she said.

A spokesperson for Failte Ireland confirmed that fit-out works have already started at Ferguson’s, and it is anticipated that it will open for business by June.

As for the existing tourist office in Arthur’s Quay, the spokesperson said Failte Ireland had a short term lease on this building.

“After the move to O’Connell Street, the Arthur’s Quay property will revert ti its owners, Shannon Development.”

Ms O’Donnell said it is crucial there is quick action on that site to prevent it becoming “an umbrella for messers”.

“Obviously the site has not been well maintained for the last couple of years. This move has been on the cards for a while. We are anxious something must happen to it, and happen quickly,” she said.

Meanwhile, Permanent TSB will close its two existing branches in the city centre - its outlet at the former Martin’s Bakery in Sarsfield Street, plus the newer site in William Street.

These will be replaced with a larger branch in O’Connell Street, plus an additional outlet at a yet-to-be-decided location in Castletroy.