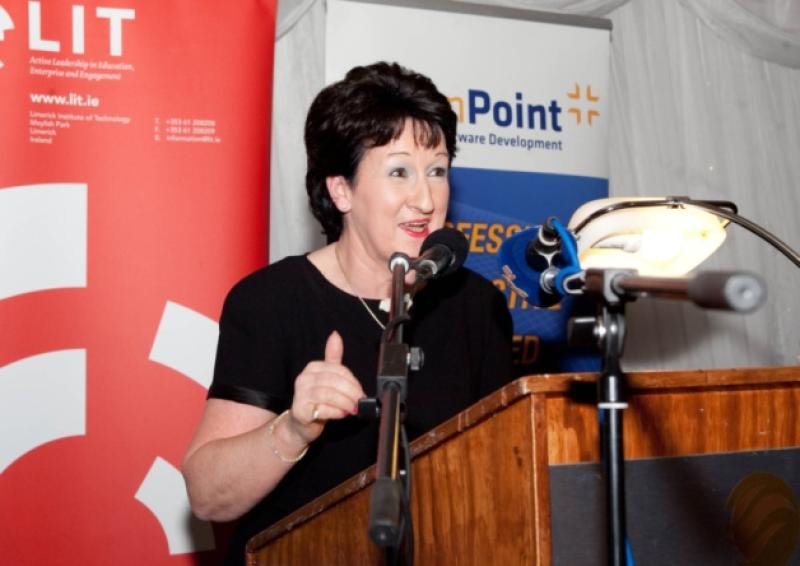 SHANNON Group - parent company of Shannon Airport - recorded turnover of €21.1 million in the four months following the establishment of the new state company.

SHANNON Group - parent company of Shannon Airport - recorded turnover of €21.1 million in the four months following the establishment of the new state company.

While the group’s first “annual” report only covers the period September to December 2014, chairman Rose Hynes said the €600,000 in after-tax profits returned represented a satisfactory result in the off-peak season for both Shannon Airport and another subsidiary Shannon Heritage. Both entities recorded strong growth in passenger and visitor numbers respectively during 2014.

The accounts show that over the full year 2014, Shannon Airport had earnings before earnings before interest, taxes, depreciation, and amortisation (EBITDA) of €4.6 million, an increase of 34% on 2013.

Shannon Heritage, meanwhile, reported a full-year turnover of €11.9 million, a 7.6% increase on 2013 and “reflecting its best operational year since 2007”, according to the company. There was an increase of 11% in visitor numbers at the attractions and entertainment venues run by Shannon Heritage in the Mid-West and Dublin (Malahide Castle).

Ms Hynes said the group was working to a five-year strategic plan “aimed at continued revenue growth, continued focus on innovation, securing a sustainable cost base through efficiencies and achieving profit growth at each of the four separate business units”

An ambitious capital investment programme to address historical under-investment across its divisions is also planned.

“Through the generation of sustainable growth and profitability across all of our businesses and by the implementation of our five-year strategic plan, combined with an ongoing focus on innovation, I am confident that Shannon Group will make an enduring positive impact on our communities and the economic landscape of Ireland,” Ms Hynes said.

Commenting on the results, Mr Pakey said: “As we continue our task of building on the momentum and solid achievements of 2014, I believe the combination of our four strategic business units within a single group will unlock opportunities for further co-operation and synergies. Taking advantage of these synergies will be important as we strive to enable Shannon Group to fulfil its potential and become an important conduit for stimulating growth across the regional and national economy in the years ahead.

“It is vital the group’s businesses are competitive within the European marketplace. Our transformation must continue to evolve this year with emphasis on change, continuous improvement and improved efficiencies, combined with ensuring we continue to build the platform for the future sustainability of Shannon Group.”