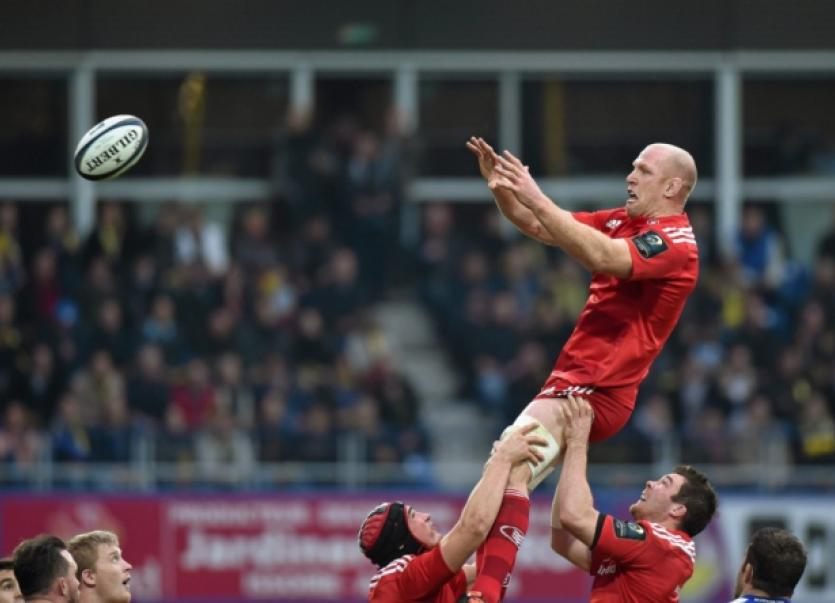 HE is a towering Titan on the pitch and it seems that off it Paul O’Connell is hugely popular among his legions of female fans.

HE is a towering Titan on the pitch and it seems that off it Paul O’Connell is hugely popular among his legions of female fans.

A new survey of 1000 Irish women by an ‘extramarital dating website’ has found that the Munster and Irish legend is the rugby player they would “most like to sleep with”.

The survey, carried out by IllicitEncounters.com - which claims to be Ireland’s ‘top married dating site’ - saw the Limerick man take 23% of the vote, pipping Rob Kearney, Brian O’Driscoll, Tommy Bowe and ex-teammate Ronan O’Gara to the somewhat dubious honour.

When asked: ‘why do you think Paul O’Connell is so attractive?’, 31% of respondents said he had a “great body”; 29% said it was due to his sense of humour; 24% remarked in his intelligence; ten percent on his talent and six percent noted his impressive strength.

“Some people may find it surprising that Paul tops the list of Irish rugby players women want to sleep with,” said Claire Page, a spokesperson for Illicit Encounters.

“He looks a bit like Hell Boy but he’s also very funny and intelligent, as we’ve seen on his Late Late show interviews. Putting that with his amazing physique, - I mean, he’s tall, broad and his upper body strength is so impressive, he’s able to bench press over 180 kg - it’s not hard to see why women across Ireland find him so attractive.”

The survey comes six years after sister paper the Limerick Chronicle carried out a search for Limerick’s Sexiest Man, with votes streaming in for O’Connell’s then team mate David Wallace.

The top ten in August 2009 - after thousands of votes - featured boxer Andy Lee and Munster’s Alan Quinlan, but no Paul O’Connell, who was then languishing in 12th position.

Since then, Paul, now 35 and happily married to Emily with two children, has continued to dominate on the rugby pitch for both his province and country, notably in the Autumn winter series, which saw Ireland unbeaten in tests against Australia and South Africa and winning last year’s Six Nations.

He has said he will make a decision regarding his playing future “soon”.

“I probably need to make up my mind fairly quickly,” he said last month. “I’m just trying to enjoy my playing at the moment and trying to be in the best physical condition that I can for the World Cup.”